This is our match preview ahead of Liverpool’s Premier League clash with Leicester including team news, line-ups and prediction

Liverpool will be looking to extend their winning start to the Premier League season when they take on Leicester City at Anfield on Saturday afternoon.

The Reds were given a scare after blowing a three-goal lead against RB Salzburg in their Champions League group stage clash on Wednesday night before Mohamed Salah secured the three points with a winner in the second half.

Jurgen Klopp has told his players they’ll have to up their game if they want to beat Leicester tomorrow as the dangerous Jamie Vardy will be ready to take advantage of any more generous defending from the hosts.

Liverpool also needed a fortunate goal to beat Sheffield United 1-0 last weekend so they’ll need to return to top form this weekend if they’re to maintain their faultless start to the season that sees them sitting five points clear at the top of the table.

Leicester will also head to Merseyside in confident mood after last weekend’s 5-0 win over Newcastle moved them up to third in the table so Brendan Rodgers will be looking to cause an upset against his former club.

Liverpool will hand a late fitness test to Alisson Becker after he recovered from a calf injury that’s kept him out since the opening game of the season but the Brazilian stopper might not be risked after only resuming full training on Thursday.

Joel Matip remains out with an injury that he picked up against Sheffield United last weekend while Xherdan Shaqiri is also still on the sidelines with a calf problem.

Klopp might freshen things up in midfield with James Milner, Naby Keita, Alex Oxlade-Chamberlain and Adam Lallana all pushing for recalls.

As for Leicester, they’ll welcome James Maddison back into the squad after he missed the Newcastle game with an ankle injury. 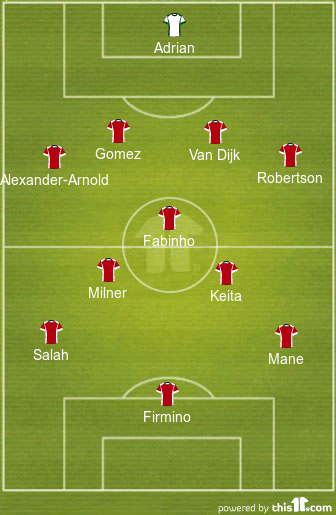 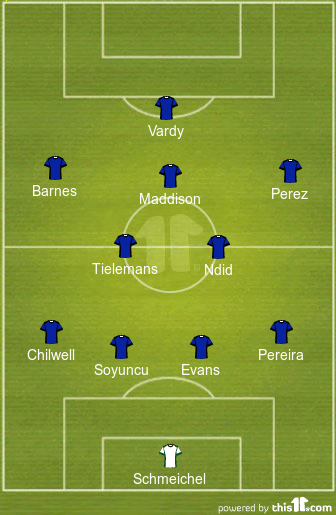 Liverpool 2-1 Leicester: The Foxes went away with a 1-1 draw in this fixture last season and are in excellent form so far this campaign so Liverpool shouldn’t underestimate the task at hand. The Reds aren’t as tight at the back as they were throughout last season so Leicester may be confident of getting themselves on the score-sheet but I still think Liverpool’s attack will prove too strong. I’m going for another home win for Liverpool at Anfield.