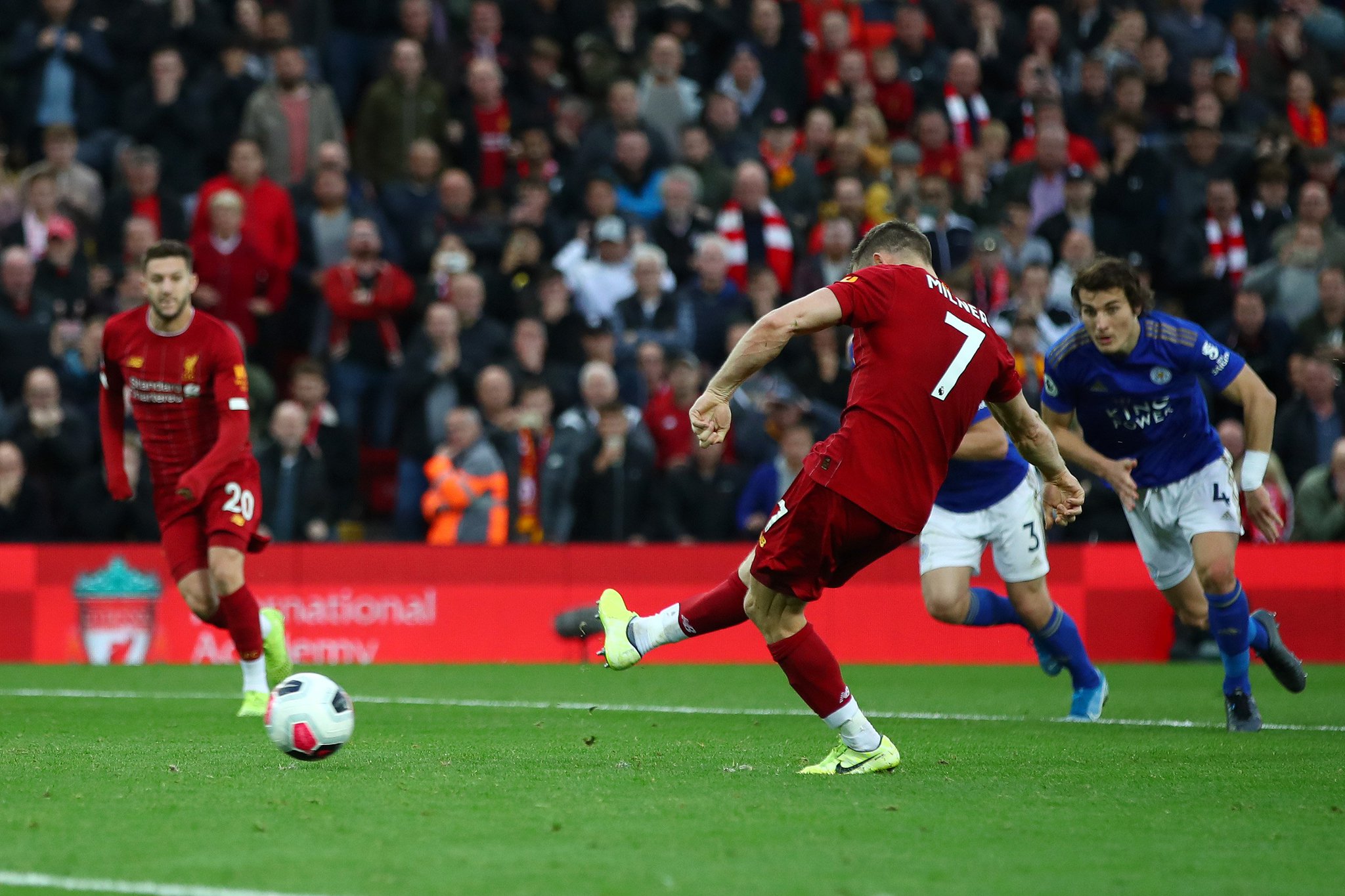 James Milner scored a stoppage time penalty to maintain Liverpool’s perfect start to the season with a 2-1 victory over Leicester City at Anfield this afternoon.

Liverpool were on top during the early stages and squandered a couple of decent chances to open the scoring but they eventually broke the deadlock just before half time.

Milner released Sadio Mane with a superb left footed pass and the in-form Senegalese international raced clear before slotting low into the far corner to make it 1-0 to Liverpool in the 40th minute.

Mane, Andy Robertson and Mohamed Salah all missed chances to double Liverpool’s lead during the second half and it looked as though it could cost the Reds as Leicester drew level with 10 minutes remaining when James Maddison fired past Adrian to make it 1-1 in the 80th minute.

However, there was late drama as Liverpool were awarded a stoppage time penalty when Marc Albrighton was adjudged to have fouled Mane in the area. Milner made no mistake from the penalty spot to win it for Liverpool in the 93rd minute.

The victory means Liverpool have now won their opening eight Premier League games and now lead Manchester City by eight points ahead of the Citizens game with Wolves on Sunday.