This weekend we’ve seen a decent couple of days football overshadowed by VAR. Something needs to change before people start to fall out of love with the game. 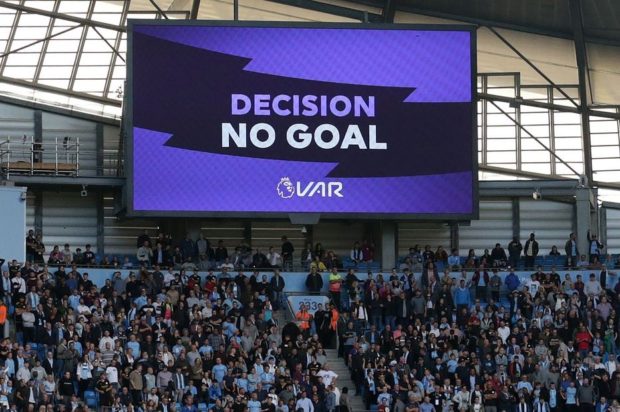 With the money that is at stake in today’s game almost every fan understands the need to get decisions – particularly key ones – correct. Unfortunately, this weekend we’ve seen a decent couple of days football overshadowed by VAR and the manner in which it’s being used.

Something needs to change before people start to fall out of love with the beautiful game.

Without a shadow of a doubt the most baffling use of technology this weekend took place at the new White Hart Lane as Tottenham took on Watford. Spurs have been on a poor run of form and serious questions were being asked heading into this match.

The mood didn’t improve much either when Abdoulaye Doucoure gave the struggling Hornets an early lead. Watford – and a lot of neutrals – felt they had a strong penalty appeal dubiously dismissed by VAR before the interval ensuring they wouldn’t have the chance to double their advantage and with full time nearing they were punished in the most bizarre fashion.

Dele Alli profited from a defence mix up but his shoulder was used to control the ball, which isn’t an issue in itself but VAR was called upon to rule on the incident for potential handball. The words ‘No goal’ appeared on the screen confirming that Watford had all but bagged their first win of the campaign but no! VAR had awarded the goal and, of course, the stadium – players, managers and broadcasters included – was sent into a state of utter confusion.

It wasn’t just in North London where VAR came under scrutiny though. On Sunday, Liverpool boss Jurgen Klopp was left raging when Marcus Rashford turned home at the end of a rapid Man United counterattack that began when Victor Lindelof dispossessed Divock Origi – a challenge Klopp felt was a foul. Liverpool eventually fought back to take a point but come the end of the season those dropped points could cost the Anfield club the title.

It’s not just a case of making a mountain from a molehill because the so-called big boys were involved either. There were less high-profile incidents elsewhere as well with Wolves having goals ruled out and Burnley being denied an equaliser at Leicester for the slightest of touches on Jonny Evans from Chris Wood.

The issue with VAR is two-fold

The fact is, you could make an argument for and against almost every decision this weekend – which leads people to feel the system is inconsistent – but isn’t the whole point of VAR not to interfere with those instances?

When the technology was introduced to the Premier League the guidelines were it would only be used to overturn ‘clear and obvious‘ errors but that’s not how it’s being utilised. Instead 50/50 decisions are being reviewed and, even if they’re not reversed it slows the tempo of the game down and sucks the atmosphere in the ground away – and they still leave a lot open to interpretation and opinion.

What can be done?

It would also mean that Mane’s goal, which was correctly ruled out, would have still been disallowed as it was a clear breach of the law and therefore VAR would still have a positive influence on the game and make the refs job easier.

An alternative approach is to take the decisions away from the officials, which could be done in a similar manner to that of American football in the NFL playoffs. In order for that to work you could assign the manager – or perhaps the captain – one call per half. If they challenge a refereeing decision and ‘win’ then they can challenge again but if they ‘lose’ i.e. the decision isn’t overturned, then they cannot dispute another decision in that half.

Instantly, you’d reduce the amount of delays as, realistically, fewer reviews would be needed and the number of close call reviews would drop dramatically too. After all, why would you potentially waste a challenge on marginal decision knowing a blatant error might be around the corner?

Of course, this is a simplistic view with further reviews and trials needed before anything changes but it seems ‘clear and obvious’ that the current setup isn’t going to work.