This is our match preview ahead of Liverpool’s Premier League clash with Aston Villa at Villa Park including team news, line-ups and prediction

Liverpool will be hoping to cement their position at the top of the table with a win over Aston Villa at Villa Park on Saturday afternoon.

The Reds warmed up for the game with a thrilling 5-5 draw with Arsenal on Wednesday night which saw them come from two-goals down twice before scoring a stoppage time equaliser en route to a penalty shoot-out win in the Carabao Cup.

However, the focus is back on league matters tomorrow and Liverpool restored their six-point lead over Manchester City with a 2-1 victory over Tottenham at Anfield last weekend. Mohamed Salah scored a 75th minute penalty to seal the comeback after Harry Kane had given the visitors an early lead.

With City playing at home to Southampton tomorrow, Klopp will be desperate not to give away any ground by dropping points at Villa Park so the Liverpool boss will be determined to take another vital win back to Merseyside.

However, Villa won’t be ready to roll over to the European champions as they look to bounce back from a 3-0 defeat to Man City last weekend which has left them sitting 15th in the table – just three points above the relegation zone.

Liverpool will be without Joel Matip as the centre-back has been ruled out for around a month with a knee injury that’s already kept him on the sidelines for the last three matches in all competitions.

Naby Keita is also a doubt after picking up a knock against Arsenal in midweek while Xherdan Shaqiri remains on the sidelines with a niggling calf problem.

Klopp will recall his big guns after they were rested on Wednesday night so the likes of Alisson Becker, Trent Alexander-Arnold, Virgil van Dijk, Andy Robertson, Fabinho, Jordan Henderson, Sadio Mane and Roberto Firmino will come back into the side.

Salah is also expected to get a recall despite limping off during the closing stages of Liverpool’s win over Spurs with an ankle issue.

Villa have been boosted by the news that Jack Grealish is winning his race to be fit for the game tomorrow as he’s made a swift recovery from a calf injury that he picked up last week. 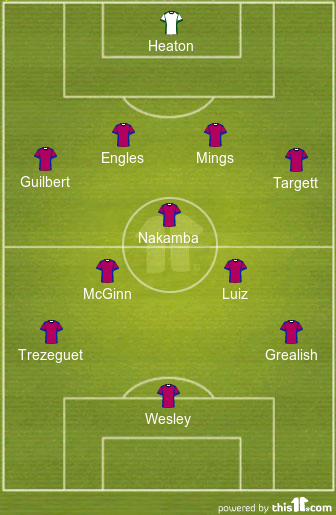 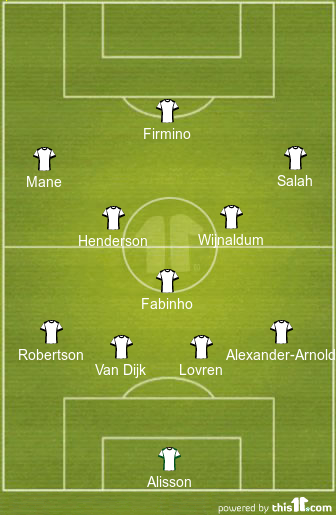 Aston Villa 1-2 Liverpool: The Reds have lost just four of their last 29 Premier League games against Aston Villa and Liverpool have won 13 league away games at Villa Park. The Merseysiders are also unbeaten in their last 27 league games so the stats certainly favour Klopp’s side tomorrow. I do think Villa will give a good account of themselves but Liverpool should be well rested after all their key men were given the night off against Arsenal in the cup. It could be a close game but Liverpool should have just enough firepower to edge this one.