This is our match preview ahead of Chelsea’s Premier League clash with Crystal Palace at Stamford Bridge including team news, line-ups and prediction

Chelsea will look to cement their place in the top four with a win over Crystal Palace at Stamford Bridge on Saturday lunchtime.

The Blues warmed up for the game with a dramatic 4-4 draw with Ajax in the Champions League that saw the Dutch giants have two players sent off as Chelsea came from 4-1 down to salvage a valuable point.

However, it’s Premier League matters at hand this weekend as Chelsea look to tighten their grip on a top four place after winning their fifth league game on the bounce with a 2-1 win at Watford last weekend.

The west Londoners currently sit fourth – level on points with third-placed Leicester and six clear of fifth-placed Arsenal – and with the Gunners facing a trip to the King Power on Saturday night Chelsea have the ideal opportunity to secure their position in the Champions League spots.

However, Crystal Palace won’t be going to the Bridge just to roll over as Roy Hodgson’s side have enjoyed an excellent start to the season so Frank Lampard won’t be taking anything for granted tomorrow.

Chelsea have been handed a boost as midfielder Mason Mount is in the squad after recovering from a minor ankle knock that forced him off during the draw with Ajax in midweek.

Emerson Palmeiri is pushing for a recall at left-back while N’Golo Kante is fit to replace Jorginho in the middle of the park with the Italian serving a one-match ban after accumulating five bookings this season.

Antonio Rudiger has been ruled out for at least another three weeks due to an on-going groin injury while Ruben Loftus-Cheek remains on the sidelines with a serious Achilles problem.

Palace have a fully-fit squad to choose from this weekend as Mamadou Sakho and Connor Wickham have recovered from long-term injuries while the likes of Andros Townsend, James McArthur, Gary Cahill and Cheikhou Kouyate have all shaken off knocks. 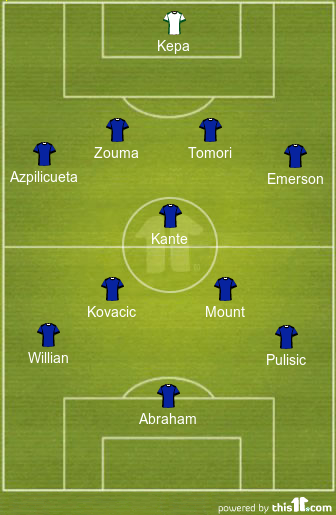 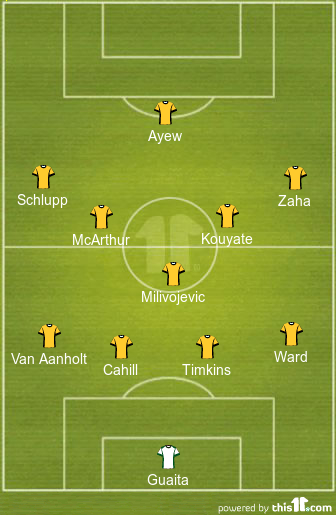 Chelsea 2-0 Crystal Palace: The Eagles will be heading across London confident they can give Chelsea a good game as they’ve enjoyed a terrific start to the season and can climb as high as fifth in the table with a win tomorrow. However, Chelsea have won six of their last eight home games against Palace and come into the game having won their last five league matches so they are in great form. I think Chelsea will ease to a 2-0 win tomorrow but Palace will make them work for the three points.