England looking to secure Euro 2020 place with win over Montenegro

England take on Montenegro at Wembley on Thursday night knowing a win will be enough to book their place at the 2020 European Championship finals. 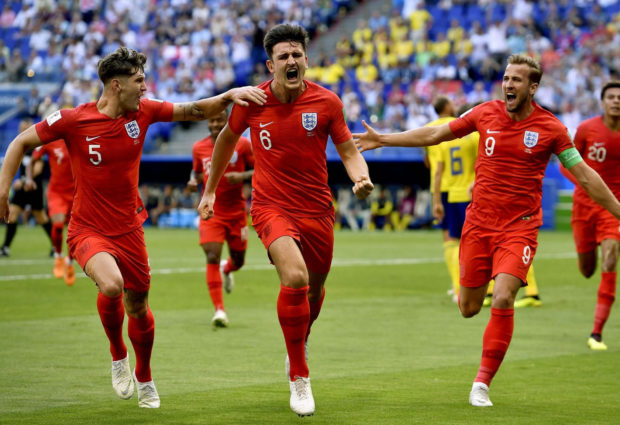 England take on Montenegro at Wembley on Thursday night knowing a win will be enough to book their place at the 2020 European Championship finals.

Gareth Southgate’s pre-match preparations have been overshadowed by an bust-up involving Raheem Sterling and Joe Gomez that has resulted in the Manchester City attacker being axed from the squad for Thursday’s game.

The pair had an altercation during Liverpool’s 3-1 win over City at Anfield on Sunday afternoon and it appears tempers flared when the two men met-up in the canteen at St George’s Park on Monday morning. Reports suggest Sterling tried to grab Gomez by the throat and the Liverpool defender has been spotted with a scratch under his right eye following the heated row.

However, Southgate is keen to put the incident behind them and focus on the game as England look to secure a positive result against Montenegro that would book their place at Euro 2020 next year.

England moved three points clear at the top of qualifying Group A with a 6-0 win over Bulgaria last month so they know a win over Montenegro would seal their place as group winners meaning they’d be seeded in the finals.

Sterling won’t be involved on Thursday but the attacker remains in the squad ahead of Sunday’s clash with Kosovo. Gomez is available for selection but is expected to be named on the bench.

James Maddison is hoping to make his full debut after earning a call-up following his excellent form for Leicester City while Alex Oxlade-Chamberlain has also been rewarded with a call-up after impressing for Liverpool recently.

Manchester City’s John Stones is back in the England squad but Harry Maguire and Tyrone Mings are being tipped to start in the middle of defence on Thursday night.

Chelsea midfielder Mason Mount is in contention after recovering from an ankle injury but team-mate Ross Barkley has been ruled out.

A quick look at some of the new betting sites uk shows us that England are 1/20 odds-on favourites to win the game. If you fancy an upset, Montenegro are available at huge odds of 40/1 while the draw can be backed at 13/1. England have scored at least four goals in five of their last six qualifiers so over 3.5 match goals at odds of 17/20 looks good value while our prediction of 4-0 back be backed at 6/1.

England 4-0 Montenegro: England are sitting top of the group and have a superb record in qualifying games for major tournaments so despite the unrest in the squad heading into the game they should have more than enough to see off a very average Montenegro side at Wembley.

The Three Lions have won five of their six games so far and have lost just one of their last 24 qualifying games so Southgate will be confident of easing to victory over a Montenegro side who sit second from bottom of the group on just three points. England won 5-1 in Montenegro and I think we’ll see another comfortable victory tonight.