This is our match preview ahead of Man Utd’s clash with Sheffield United at Bramall Lane including team news, line-ups and prediction

Manchester United will be looking to climb up the table with a win over Sheffield United at Bramall Lane on Sunday afternoon.

The Red Devils enjoyed a decent run of form before the international break as they won five of their last six games in all competitions including a 3-1 victory over Brighton & Hove Albion two weeks ago at Old Trafford.

Despite upturn in form, Man Utd currently sit 10th in the Premier League and remain 10 points adrift of the top four so Ole Gunnar Solskjaer will be desperate to reduce that gap with a win tomorrow afternoon.

However, United will face a tough task as they’ll be up against a Sheffield United side who sit eighth in the table – one point above Man Utd – after enjoying an excellent return to the top flight following their promotion from the Championship.

United have been dealt a blow with the news that Scott McTominay has been ruled out for a couple of weeks with an ankle injury so Nemanja Matic could be recalled in midfield after returning to full training last week.

Paul Pogba remains on the sidelines as he continues to overcome a troublesome ankle problem while Marcos Rojo has been ruled out with a muscle issue. Eric Bailly, Diogo Dalot and Tim Fosu-Mensah have stepped up their injury recoveries but won’t be in contention for this game.

Axel Tuanzebe and Luke Shaw are back in full training but lack match fitness so a place on the bench is probably the best they can hope for. Ashley Young is back in contention after serving a one-match ban last time out.

Sheffield United will be without on-loan goalkeeper Dean Henderson as he’s not able to feature against his parent club so Simon Moore will start between the sticks.

John Egan will need a late fitness check after picking up a knock during the Republic of Ireland’s 1-1 draw with Denmark on Monday. 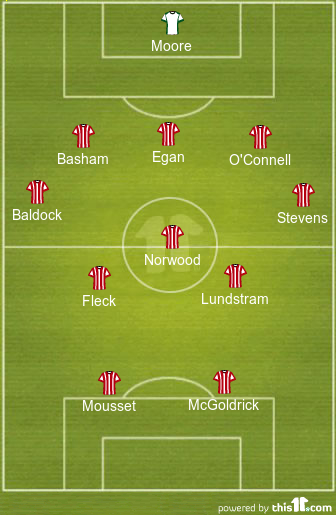 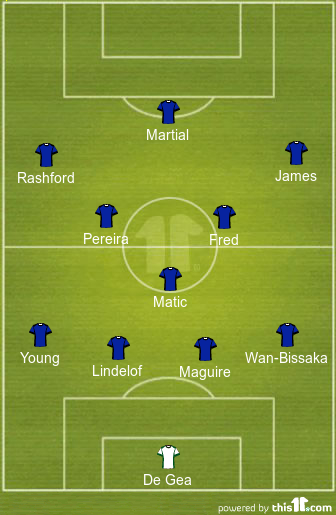 Sheffield United 1-1 Man Utd: United have an excellent record against Sheffield United having won each of the last seven meetings but this is going to be an extremely difficult game. Solskjaer’s side have won just one of their last 10 Premier League away games while the Blades are unbeaten in their last five matches and boast the second best defensive record in the division having conceded just 9 times in their 12 games so far.

Chris Wilder is doing a fantastic job at Bramall Lane and I can see them causing United a lot of problems tomorrow. Teams usually take a bit of time to get back on top form following the international break and that may work against Man Utd here. I’m going for a hard fought 1-1 draw.