This is our match preview ahead of Chelsea’s Premier League clash with Everton at Goodison Park including team news, line-ups and prediction

Chelsea will be looking to cement their place in the top four when they take on Everton at Goodison Park on Saturday lunchtime.

After losing consecutive Premier League games against Manchester City and West Ham, Chelsea got back to winning ways with a 2-1 victory over Aston Villa at Stamford Bridge on Wednesday night.

That win has left the West Londoners sitting fourth in the table – three points behind City and six ahead of fifth-placed Wolves – so Frank Lampard will be hoping to at least maintain that advantage with a win on Merseyside tomorrow.

Chelsea will be up against an Everton side without a permanent manager after Duncan Ferguson was installed as caretaker boss following Marco Silva’s dismissal on Thursday afternoon.

The Toffees have been on a terrible run and Wednesday’s 5-2 defeat at Liverpool was the final straw for Silva as they dropped into the bottom three having taken 14 points from their 15 games this season.

Chelsea will welcome Ross Barkley back into the squad after he recovered from illness which kept him out of the Villa game while Lampard has confirmed Tammy Abraham is fit despite limping off in midweek.

However, the game comes too soon for Antonio Rudiger as he’s still lacking match fitness after recovering from a groin injury while Ruben Loftus-Cheek remains out with a serious Achilles problem.

Everton have injury problems of their own to worry about as Seamus Coleman has been ruled out with a rib injury while Fabian Delph is still nursing a hamstring injury that’s kept him out of action recently.

Yerry Mina will need a late fitness test after picking up a knock at Liverpool but Ferguson is hopeful he’ll be passed fit. Andre Gomes and Jean-Philippe Gbamin remain out with long-term injuries. 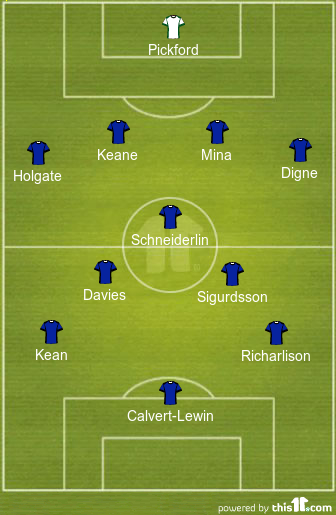 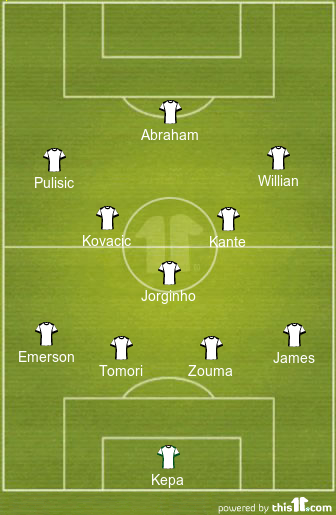 Everton 1-2 Chelsea: Everton have a solid record in this fixture as they won the last meeting with Chelsea 2-0 back in March and have won six of the last 10 league games against them at Goodison Park. However, this Everton side are in disarray right now and Ferguson can’t be expected to work wonders after just one training session.

Chelsea have been inconsistent this season but I fancy them to edge the game this weekend. Everton will give a good account of themselves but I’m backing Chelsea to go home with a hard fought 2-1 win.