Jurgen Klopp is hoping for a double injury boost ahead of Liverpool’s Champions League showdown with Salzburg on Tuesday night. 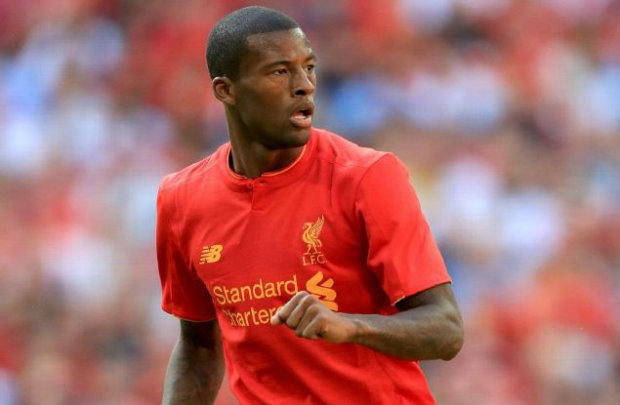 Liverpool head to Austria to take on Salzburg on Tuesday night needing to avoid defeat to guarantee their place in the knockout stages of the Champions League.

Ahead of the game, boss Jurgen Klopp has been speaking to the clubs website and he provided a team news and injury update including the latest on the fitness of Georginio Wijnaldum and Adam Lallana.

Wijnaldum missed Liverpool’s 3-0 victory over Bournemouth at the Vitality Stadium on Saturday with a minor thigh problem while Lallana was also not risked for the trip to the south coast due to a muscle issue.

Youngsters Harvey Elliott and Curtis Jones were called-up to the senior squad to make up the numbers for the Bournemouth game, however, Klopp is hopeful Wijnaldum and Lallana will be back in contention to face Salzburg tomorrow night.

Sadio Mane and Divock Origi didn’t feature against the Cherries at the weekend after being rested ahead of a hectic period for Liverpool so Klopp has suggested the duo could be back involved in the Champions League decider on Tuesday.

“We had 14 adult players plus Curtis [Jones] and Harvey [Elliott]… the only players who are maybe back for Tuesday are Gini Wijnaldum and Adam Lallana to make it 16,”

“Today the people were shouting for Divock Origi. I get that, I loved the performance of Divock Origi [against Everton] but bringing him on just to say thank you when we have so many games?

“We’ll see how we start on Tuesday, I have no idea about that now. But we could give these two, plus Gini and Adam, four players kind of a rest and hopefully they are all fit again for Tuesday and we will make decisions.”

Klopp didn’t give any update on Dejan Lovren after the defender limped off against Bournemouth with a muscle issue so it remains to be seen whether he’ll make the trip to Austria today.

Joel Matip remains out with a knee injury so Joe Gomez should partner Virgil van Dijk if Lovren misses out. Elsewhere, Fabinho is still out with an ankle ligament injury while Nathaniel Clyne is working his way back to fitness from a knee injury.

Liverpool head into tomorrow night’s game sitting one point clear of Napoli at the top of Group E but Salzburg are three points adrift so the Reds need a positive result to book their place in the knockout stages.