For most football fans, there’s no way to improve watching football but if you want to make your experience more exciting, here are some suggestions. 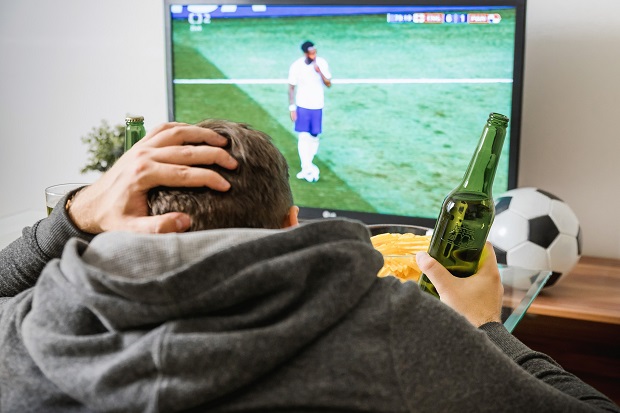 With upcoming tournaments such as the UEFA Euro 2020 coming up, it’s set to be a great year for football. For most football fans, there’s simply no way to improve on watching their team play football, but if you want to make your sports experience more exciting in 2020, here are some suggestions.

Watching a game alone means you’ll never miss a moment, but there’s definitely something to be said for watching a football game with a group. Seeing your friends react to each goal and disappointing moment makes your own football watching more emotional, and as a group, you will become more invested in the game if you watch together. Plus, you can give the pundits a run for their money when it comes to half-time banter.

Football is pretty exciting to watch, but when it comes to half time, the excitement can sometimes dwindle as people head off to the toilets or grab some food and more drinks. When you’re at home, and the adverts start playing on the TV, it can be even more of a bore.So while you are waiting for the enthusiasm to pick back up, take the opportunity to create some excitement of your own. Check out the champions league odds on Unibet, and place a bet on future matches between international teams, as well as who you think will win the league overall. If you are currently attendinga champions league game, take this excitement one step further and bet on the game you are watching. You can bet on which team will win the match, whether you think both sides will score before the end of the game, or how many goals will be scored in the match. This will get your blood pumping ready for when they come out of the tunnel for the second half.

Thinking of getting fit? Football is the ideal way to do so, and it’s much more interesting than spending hours at the gym. There are many ways to get into playing football, whether you just start a kickabout with some mates or join a local group where you can get into more serious matches. If you like football, but don’t think you’d last 90 minutes on the pitch, then there are even walking football leagues for people who are older or trying to get into shape. Playing the game makes it more exciting to watch as you feel more attached to it.

It’s surprising how many people like football and never miss the World Cup or Euro matches, yet don’t really follow a team or enjoy it outside of the major events. There’s a huge number of football clubs in the UK, so you don’t have to support one of the major teams. In fact, the smaller the club, the more you’ll find people really get involved and into them.

Want to experience football at its best? Go and see a game. It doesn’t have to be Premier League, even smaller matches can be very exciting, and you’ll be able to support your local team. There’s nothing quite like seeing football played live, with the reactions of the entire crowd, and it’s much better to watch it without the limitations of a tiny screen. While it can be hard to get tickets for certain games, there are often cheaper options, such as seeing friendlies that have all the excitement of the game without a huge