Scottish European Aspirations, What Hangs in The Balance? 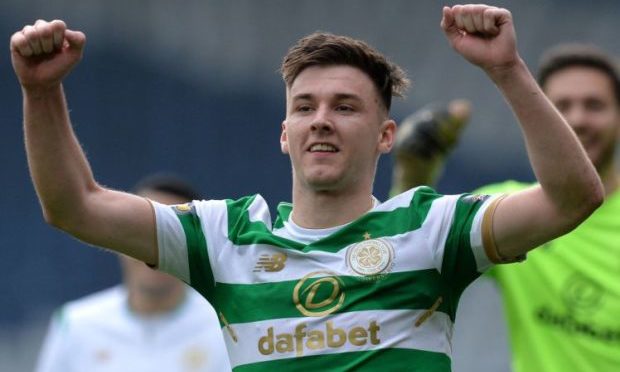 After the long wait to the start of the season, it’s gradually becoming clear what future lies for Scottish Premiership clubs in their 2020-21 European qualification tournaments.

Fans will have to get used to the idea of watching Scottish teams play abroad. It could be a bane or a boon, seeing as there are increased possibilities of extra time and penalties now that qualifiers are simple one-legged ties.

UEFA’s new rules for the Europa and Champions League’ qualifying stages pose the risk of forfeiture for Scottish teams.

The regulatory body for European football has outlined new regulations for the different phases of the Champions League and Europa League, with an end goal to forestall any postponements due to the coronavirus pandemic.

Celtic will start the first round of the Champions League qualifications, playing one-legged ties to the play-offs. Motherwell, Aberdeen, and Rangers will all enter the Europa League qualifiers.

All these teams will be on alert for changes in the Scottish government regulations concerning coronavirus travel guidelines. Some games may be affected when visiting teams are barred from entering Scotland.

UEFA plans to take into account Scottish travel guidelines when drawing ties, but clubs must submit a notice to the governing body two days before the draw.

If restrictions keep a visiting club from entering a country, the home club is tasked with finding another venue in a neutral country where both teams can visit.

When both teams cannot find or agree on a neutral venue, the home club will shoulder the blame for the forfeiture of the match. The UEFA disciplinary body will declare the home club to have lost 3-0.

If any travel changes are made after the draw or the two-day deadline, the home club will still be held responsible for the forfeiture.

If two clubs can’t play because of the pandemic-related travel restrictions in their country, UEFA is mandated to disqualify both. But there are instances when the governing body may re-slot matches for the play-offs of qualifying phases if the rescheduling doesn’t affect forthcoming games.

How that changes things

Unlike the last season, the initial three qualifiers will be played over a single leg. Celtic shall host KR Reykjavik before proceeding to home-and-away ties in the play-offs.

In the Europa League, Aberdeen and Motherwell will start in the first qualifying round on August 27th. The Rangers will enter the championship in the next round. Both qualifiers and play-off rounds will be played over one leg.

Devoted fans are getting used to the idea of football played in closed doors, and this is expected to be consistent for all qualifier matches. Sports fans and gamers here and on other sites will be waiting to see what final decision is made regarding the Champions League play-offs.

Celtic have formidable opponents in the second round if they manage to move past the Icelandic champions. They are likely to be up against the Midtjylland, who have Erik Sviatchekno in their playbook. The Danish stars survived a 7-03 defeat against the Rangers in last season’s third round if the Europa League qualifiers.

Still, they went on to secure the Danish title finishing 14 points ahead of Copenhagen meted Celtic 1-3 (4-2 on aggregate) in the Europa League last 32 exits.

Other fierce battles potentially ahead of Celtic include the Swedes Djurgardens, Irish side Dundalk and Slovan Bratislava. A possible walkover could be Sarajevo, who they crashed 5-2 in last year’s opening qualifier and who are slated to start the 2020-21 seasons angst Connah’s Quay Nomads.

The Rangers will start their 2020-21 campaign on September 17th. They will begin as a seeded team in the second round. Motherwell and Aberdeen both start as seeded clubs as well, and they get to avoid foes like Rosenborg and Maribor in the first round.

The second round will likely be a fierce battle for Motherwell. Unlike Aberdeen, they won’t be seeded and are likely to be drawn up against hotshots like Tottenham Hotspur and AC Milan.

The Future is uncertain.

The UEFA’s new guidelines come shortly after two Aberdeen players tested positive for the virus. The Scottish government has, in turn, set stringent regulations and requirements for Scottish football clubs.

Players and team managers are apprehensive. Both current and new restrictions could severely jeopardize their clubs’ European aspirations.