The Race For Top Four: Which clubs will be chasing Champions League at the turn of the year? 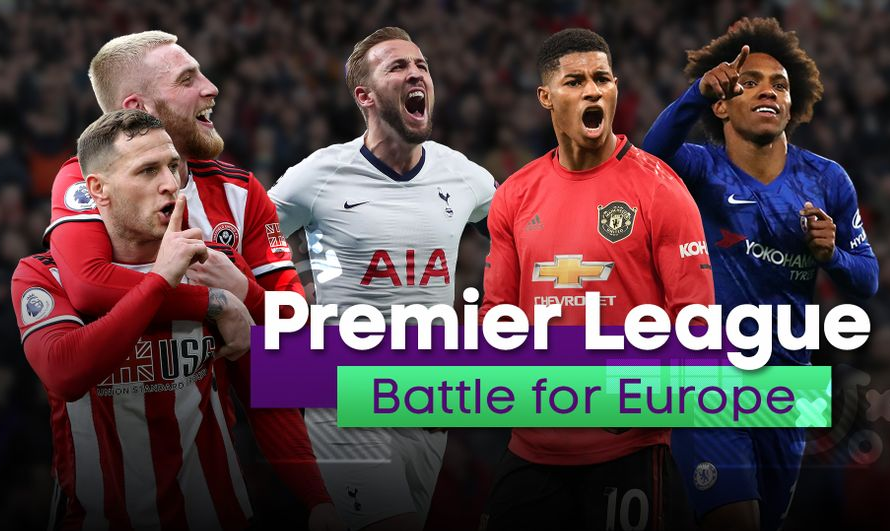 There’s always a bit of significance on the Premier League table at Christmas. It’s often a good indicator as to where teams are at and how they’re positioned to finish the division come May.

Of course, this year is slightly different with the competition kicking off much later, but plenty of fans will still be looking at it with excitement or jeopardy, depending on which end of the table they are looking at.

When it comes to the top four, it’s all up for grabs. Of course, Liverpool are already nailed on, but there are some outsiders also in with a chance of European football. WhichBookie, who have released their Christmas Betting Guide for a variety of markets, including top four at Christmas, have Liverpool, Chelsea, Leicester and Tottenham among the main contenders, but there are a number of other teams in with a chance.

It’s almost certain that both Liverpool and Tottenham will be in the top four come December 25. Both sides have been impressive so far this season, and both sit on 20 points, with Spurs leading on goal difference.

Mourinho’s men do have some tricky fixtures though, including Chelsea, Arsenal and Leicester before Christmas Day. That said, they’ve been clinical and confident against both Manchester clubs so far and we’d expect them to pick up points.

Liverpool have a slightly more comfortable run in and we would fancy them to take top spot before the year is out. That leaves two positions to fill.

Just three points separates third and seventh, meaning five teams are vying for the final two positions in the top four, and it’s Chelsea and Leicester the bookmakers have got for it.

Chelsea play both Everton and Tottenham though which could see them drop points and fall out, but by the end of the season we expect them to be comfortable within the Champions League spots.

Leicester lost to Liverpool at the weekend but are still fourth , one point ahead of Southampton in fifth. The Foxes should be picking up nine points from their next three games, which could cement that fourth spot at Christmas with Southampton having to face both Manchester clubs and Arsenal, which could see them start to fall down the table.

Everton are perhaps the most likely to challenge Leicester and Chelsea, both of whom they face in a three day window from December 12 to 15. A top four spot by Christmas could well be in their own hands!

Aston Villa remain perhaps the only other side to be in with a chance of top four by Christmas and they have a number of games they should be picking up points from, and could be a worthwhile punt given all the other teams play against each other, meaning dropped points are inevitable.