11 weird sports you didn’t know existed in the UK

There are dozens of sports played in the UK, some of which you may not have heard of – and some of them are just downright weird.

Sports and sporting events are a huge part of life in the United Kingdom, from the Premier League to the Grand National. But there are dozens of sports played in the UK, some of which you may not have heard of – and some of them are just downright weird.

These strange sports often include everyday objects such as wellies or cheese, or they take well-known sports and add an unusual twist. Most of these events can even be bet on. Imagine collecting your winnings from betting on a champion toe wrestler!

Below are some of the UK’s weirdest sports:

Chessboxing presents both a mental and physical challenge to participants. Combining two popular two-person pastimes, this sport encourages ‘a healthy mind and a healthy body’ (through the increased likelihood of getting punched).

Chessboxing is simply alternating rounds of chess and boxing. Intriguingly, this sport was invented by a comic book artist and adapted as an art performance before becoming a competitive sport. 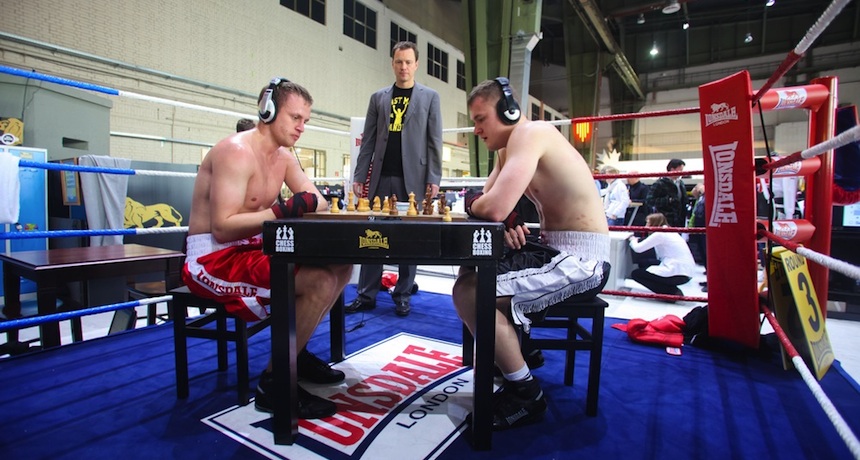 Also known as Underwater Hockey (UWH), Octopush is the same as normal hockey, but played in a swimming pool.

Two teams of six players must propel the puck into the opposing team’s goal. The puck is made of lead and weighs up to 1.5kg so that it can slide along the bottom of the pool. Players cannot use breathing apparatus beyond a snorkel and have to take regular intervals to breathe.

Underwater hockey is now played worldwide and had its first world championship in 1980. There is a British Octopush Association which helps you to find a surprisingly large choice of Octopush clubs across the country.

Quidditch is the main sport in the world of Harry Potter. The real life version of the game has become so popular that several universities have a sports club for it and compete in annual tournaments. There is even a United States Quidditch Association and a UK Quidditch Premier League.

Teams of seven wannabe wizards run around the pitch with a broom(stick) between their legs – without magic, of course. An impartial teamless player acts as the snitch, with a tennis ball in a golden sock tucked into their shorts that each team’s seeker must catch.

To those unfamiliar with Quidditch, this must be quite a sight.

Mountain unicycling, or Muni for short, is the one-wheeled answer to mountain biking. Core strength, endurance, and balance are key to this unusual adventure sport.

The nation’s big event for mountain unicycling is the British Muni Weekend (BMW). Don’t go taking your run-of-the-mill unicycle into the mountains, though – this sport requires specialist cycles with more robust wheels and hardy frames. And make sure you know how to brake.

eSports have been around far longer than you may think. Since the dawn of video games there have been competitions, dating back as far as the 1970s. As online gaming has boomed in popularity during the last decade, high-level tournaments have emerged for games such as League of Legends, Fortnite, and other multiplayer games.

To those who don’t play video games, and even to some that do, the idea of watching other people playing may be a bit strange. But eSports are a big deal across the world, with the winning teams scooping up cash prizes of up to 8 figures. Dota 2’s prize pool currently stands at over $30 million, showing that sitting in your room and gaming for most of the day can actually be productive. 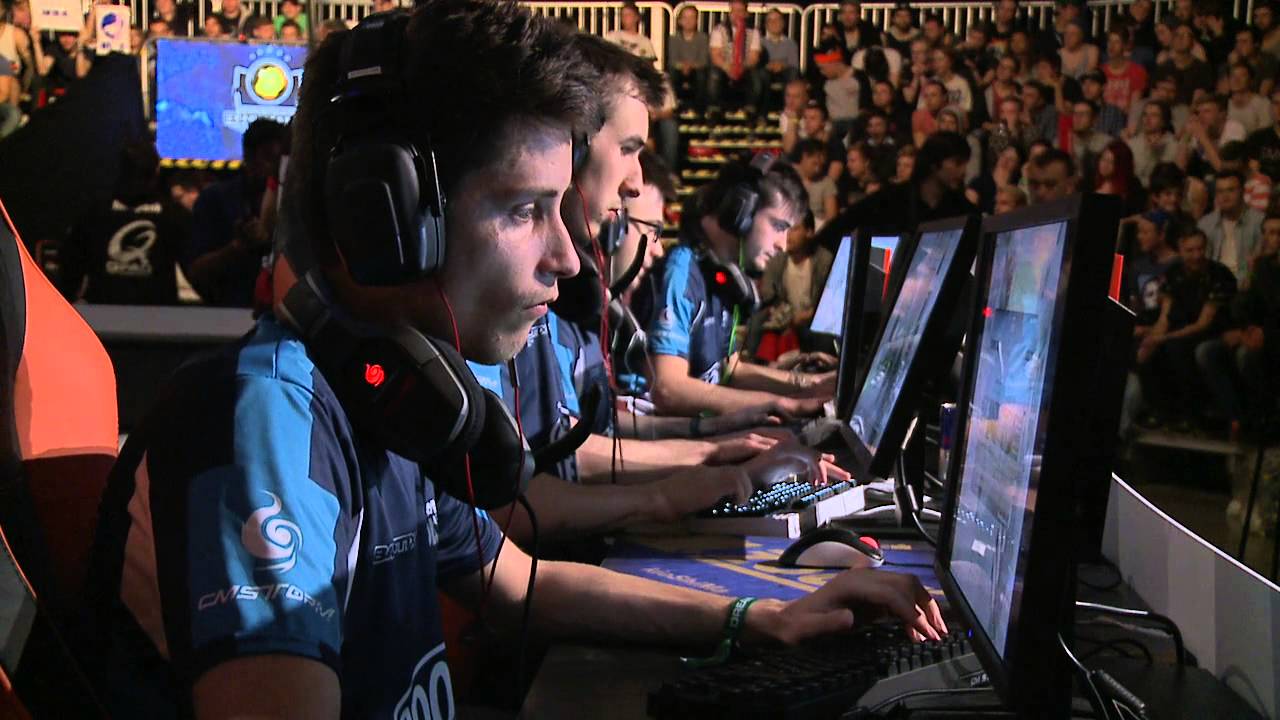 Dating back to 1976 in Wales, bog snorkelling is exactly what it sounds like. Swimmers compete by swimming 120 yards in a flooded peat bog trench in the shortest time with only a snorkel and flippers to aid them.

The current world record is held by an Englishman at 1 minute and 18.81 seconds. If you have good stamina, like the great outdoors, and generally being cold, maybe you could stand a chance of beating it.

Originating in the West Country in the 1970s, Welly Wanging is a surprisingly popular sport in countries all over the world, including Russia and Australia. Rules vary depending on location. For example, Somerset Welly Wangers may have to fill their boot with water before throwing it. Others may have to stand in a bin to avoid any form of run-up.

Toe wrestling was invented in Staffordshire by four pub-goers who were aggravated by Britain’s ‘lack of world champions’. Like its arm counterpart, the sport requires two opponents to lock toes and pin down their opponent’s foot against a time limit.

To compete, you should probably also come up with a great nickname, like Ben ‘Toetal Destruction’ Woodroffe.

Some of these strange sports occur but once a year, and usually at village fetes. However, despite their small locations, these huge events have built up big reputations and offer quite a sight:

The Cooper Hill cheese-rolling and wake is an infamous event that people from all over the world take part in. The aim is to roll a 7-9 pounds Double Gloucester cheese wheel down a 200-yard hill. After a one-second delay, participants must also race alongside the cheese, which can reach dangerous speeds of up to 70 miles per hour. The winner wins the cheese.

It’s a surprisingly dangerous sport, where approximately 333 in every 1,000 participants get injured, as well as the spectators. Incidents happened so often that the cheese wheels were replaced with foam replicas.

The World Tin Bath Race is an annual event on the Isle of Man. Sponsored by local breweries to help raise money for charity, this race sees over one hundred competitors paddling furiously in different categories.

Tin bath boats and their captains can be sailed plainly or decorated with fancy dress. Previous years have seen everything from tin bath ambulances to tin bath prams take to the water. Despite the frivolities, competition is high and rules are strict.

Tin bath stockists must be in high demand in summer!

The World Snail Racing Championships take place every year in Norfolk. More than 200 snails take part after a mandatory drug test to win their silver tankard stuffed full of lettuce leaves. The event starts with a “ready, steady, slow!” and the snails slide along the damp tabletop course.

The championships are part of the Congham fete which helps to raise money for the local church. If you find the Grand National too fast-paced, this may be the best race for you.

These wacky sports showcase the wonderful quirks that the UK has to offer. They create great community atmosphere and tourists from all over the world come to see them.

Perhaps you’ll find a new hobby from this list and become the next Welly Wangling champion, or take a scenic trip to Ben Nevis on your unicycle. Maybe you’ll even invent your own weird sport. The definition of ‘sport’ is ‘an activity involving physical exertion and skill in which an individual or team competes’, so the possibilities are literally endless!