West Ham stars learn all about being a jockey at Cheltenham

West Ham stars Jarrod Bowen, Aaron Cresswell and Mark Noble have been learning all about exactly what it’s like to be a jockey at the Cheltenham Festival. 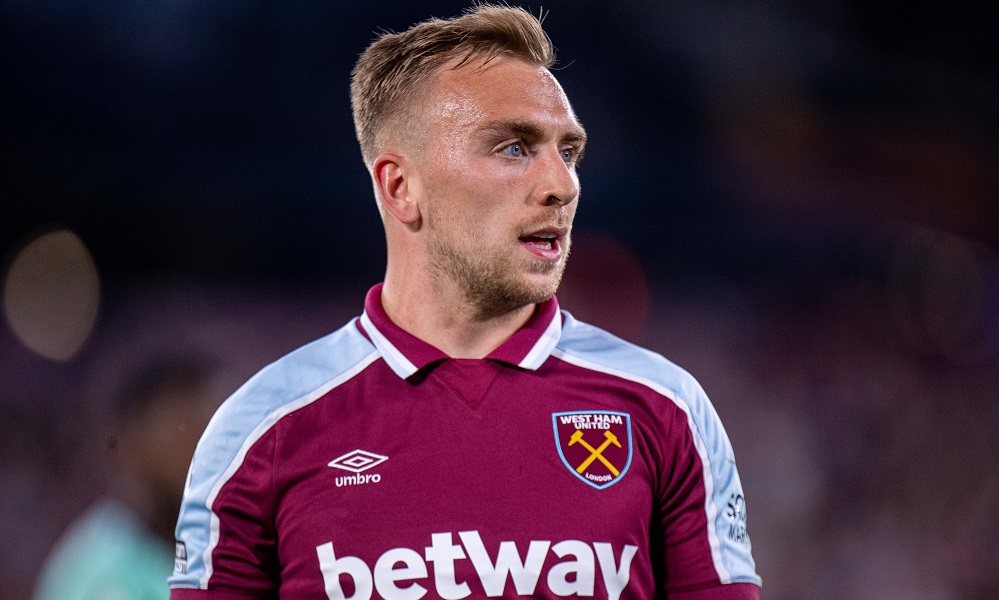 West Ham stars Jarrod Bowen, Aaron Cresswell and Mark Noble have been learning all about exactly what it’s like to be a jockey at Cheltenham.

The 2022 festival kicked off today and thousand of horse racing fans from around the country flocked to Gloucestershire to enjoy one of the most highly anticipated weeks in the racing calendar.

Cheltenham is the biggest week in horse racing betting with millions staked during the four-day festival. Even those casual punters who aren’t particularly passionate about horse racing still enjoy betting on races during Cheltenham.

As part of their Trading Places episodes, Betway have paired with West Ham to teach some of their star players all about what it’s like to be a jockey. Betway are shirt sponsors for the Premier League giants so they’ve joined forces to expose some industry secrets from with horse racing.

Bowen, Cresswell and Noble were the lucky players who were selected to talk to Betway ambassador and 2018 Champion Bumper-winning jockey Katie Walsh about what it takes to be a jockey at Cheltenham.

Walsh described Cheltenham as the ‘Olympics of horse racing’ and compared winning a race to winning the Premier League. The renowned jockey also discussed what the atmosphere is like in the weighing room before races and admitted she’s one of the more talkative jockey’s on the circuit.

The West Ham players were keen to know more about in-race tactics and quizzed Walsh on when is the right time to make your move as you come down the home stretch towards the finish line.

A strong comparison to football was also discussed between the group as Walsh revealed that horse racing jockey’s often row among themselves during training or on race days. It’s no secret that footballers clash, even players on the same team, at training or during matches, so this is something the West Ham players could appreciate.

Keen to know more about that winning feeling as a jockey, the West Ham players also asked Walsh about what it feels like to win a race at Cheltenham riding an odds-on favourite.

Lots of other topics are discussed, and you can see the whole video below:

It’s certainly a fascinating watch – although I’m not sure how West Ham boss David Moyes will feel about it all. The Hammers have a huge game against Tottenham Hotspur coming up this weekend so Moyes will want all his players fully focussed on preparing for their trip to north London on Sunday.

West Ham are enjoying a superb campaign and are right in the mix for a top four finish. A 2-1 win over Aston Villa last weekend kept the Londoners sixth in the table and just three points adrift of fourth-placed Arsenal.

Victory over Tottenham – who are three points behind in eighth – would be a huge boost for West Ham as they look to gate-crash the Champions League qualification places this season.

So Moyes may want to have a word with the likes of Bowen, Cresswell and Noble to make sure they are focussed on preparing for the Tottenham game this week and not distracted by what’s going on at Cheltenham. Although we hear Moyes likes the odd flutter so maybe he’ll also have one eye on things at the festival, too!