Chelsea finally on track for a League title with Sterling?

So why was Chelsea invested in Raheem Sterling? What is it that Sterling brings to Stamford Bridge? What was the thinking? We find out. 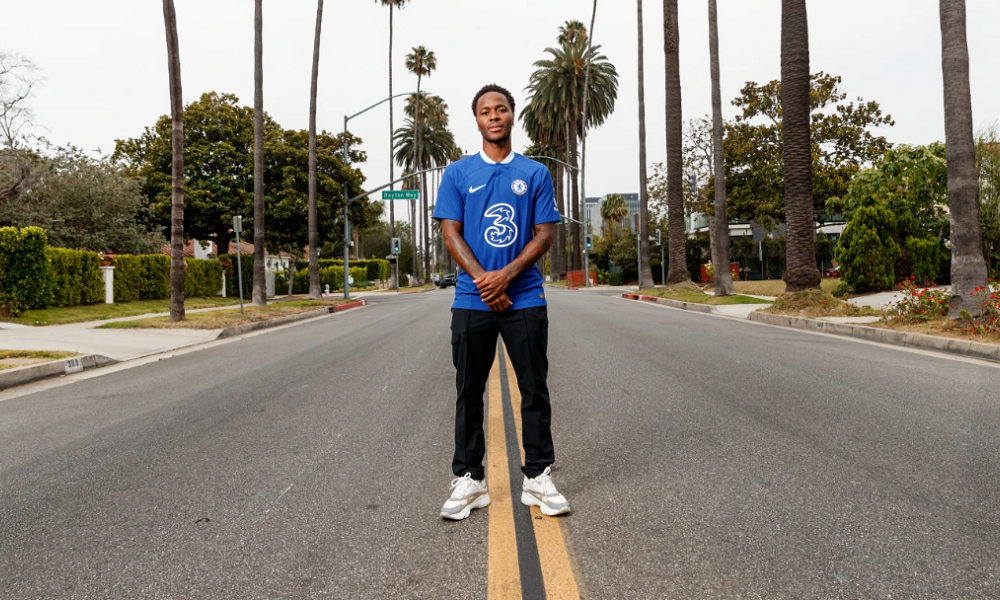 Chelsea made a strong statement in the transfer market by signing the four-time league winner Raheem Sterling from Manchester City this transfer window. The club confirmed the English national Sterling as a signing with a 5-year contract at Stamford Bridge.

Sources close to the club have added that the Sterling transfer value is near £47.5 million, rising to £50m with add-ons.

The Sterling add-on comes after weeks of speculation after the 27-year-old announced that he and City would be parting ways after seven years of success. Sterling became the first signing of the new era after legendary club owner Roman Ibrahimovic, under the new Todd Boehly administration.

This transfer marks a conclusion to a legacy the Englishman built with Manchester City and looks for a new beginning in a darker-colored blue shirt.

So why was Chelsea invested in Sterling? What is it that Sterling brings to Stamford Bridge? What was the thinking? We find out.

Things were not looking too good for Sterling in his final season at Liverpool. This was a time when Liverpool struggled, and the team wasn’t performing. It was when things at Anfield looked very unsettled, and the energy coming out of the Reds wasn’t too great.

At that time, the offer opened up from City for an initial £44 million, with a further potential £5 million in add-ons. In 2016, Sterling became the most expensive English player (surpassed by the £100 million transfer of Jack Grealish).

Since 2016, Sterling appeared in almost all of the games managed by Pep Guardiola under City, and the side ended up winning all the silverware on offer in the English football season. The 2019-20 season was one of the greatest seasons for Raheem Sterling, where he netted the ball on 20 occasions in the Premier League and compiled a 30-goal season.

During the years at City, Sterling won the league on four occasions, the FA Cup in 2018-19 and the EFL Cup.

The only silverware missing was the UEFA Champions League, which they lost to Chelsea in the final.

Still so much to achieve – Sterling

An elated Sterling was ecstatic about his move to Chelsea and added that he still has so much to achieve and looks forward to ticking these boxes in the coming years.

“First and foremost, it’s a pleasure to be here,” he added.

“I’ve obviously achieved a lot in my career so far, but there is still so much more to achieve, and I’m really looking forward to doing that in a Chelsea shirt.”

The move wasn’t something everyone that purchased Chelsea tickets saw coming, but according to Chelsea boss Thomas Tuchel, he was anticipating this for a long time.

The FIFA Club World Cup Champions of 2022, Chelsea, were the unluckiest team this season, missing out on both the FA Cup and the EFL Cup, losing on penalties. The Chelsea manager, who is now re-inforced with a comfortable wallet to spend in the transfer market, adds that the transfer was the right fit for the club.

The real reason for Chelsea pushing for the Sterling transfer has all to do with their team composition. Tuchel praised Sterling’s playing style for a while and made it his #1 priority to get the signing complete.

“We are super excited that we could make it happen,” he added as the club announced the sighing. There was quite a bit of negotiation involved in this movie, and he further added that all this was a result of weeks of negotiation that made it happen.

With Sterling in the midfield, he adds in that x-factor for the Chelsea forwards who have constantly been misfiring all season. With Lukaku also gone, Sterling will look to bring that energy to the midfield to help out the forwards a little bit more with the ball.

“A serial winner, and his signing is an important step in strengthening our squad,” he added.

With the Sterling move, City legend Trevor Sinclair has requested the club to make Sterling the Chelsea captain. The statement has come with regular captain Cesar Azpilcuceta linked with a move out of the club.

Sinclair adds that Sterling is a player who’s been a role model for hundreds of youngsters, both on and off the field. His expertise could be noteworthy for the young squad Chelsea currently has, and he has the flair to be an inspiration.

While the decision is entirely Tuchel’s, Sterling could be considered a part of the larger leadership group of Chelsea. Thiago Silva, Jorginho and N’Golo Kante all have shown stature as leaders at the club. But, it would be a move that all the fans who purchase Chelsea tickets would also wholeheartedly agree to.

Changes to win a league title after 2017?

Everyone purchasing Chelsea tickets has one goal for their team – to win the Premier League. Ever since 2004-05, Chelsea no longer is a side that plays second fiddle but is championship material. Chelsea last won in 2016-17 under Antonio Conte and has been looking for their next league title for a long time. But with Sterling and the rest of the signings, it looks like 2022-23 could be the year.

With the world cup coming up, Sterling is looking to continue his excellent form for the first winter FIFA World Cup 2022 in Qatar and will be ready to give his 200% in the first half of the season, which will run till November.

Chelsea is now in the process of remodeling their lineup, leaving out the dead weight. Much of it is already done with the loan move of Lukaku to Inter Milan and the other signings that include Nathan Ake and Kalidou Koulibaly.

Earlier, United’s Cristiano Ronaldo was also linked with a move to Chelsea after he signaled his desire to move out, but this did not go through.

But even without the signing of Ronaldo, it seems like Chelsea is all set for the new season and is anticipating kick-off.

With the hype around Chelsea after a year of turbulence, there is renewed hope with fans to purchase Chelsea tickets.

The fans have stood with the club and are now overjoyed with a successful summer transfer window.

Most fans plan to purchase Chelsea tickets to watch this new side in action in the upcoming season. But, sourcing tickets is always a challenge. Chelsea tickets are one of the top 3 highly demanded options in English football, and sometimes, not every fan gets an opportunity of watching a match at Stamford Bridge.

This is because Chelsea tickets are almost impossible to find on the official platforms, and there are a lot of counterfeit sellers everywhere. But, registered and verified reseller ticketing platforms cut through these counterfeits to provide authentic Chelsea tickets for every fan.

The platform authenticates the sellers through several verifications to ensure the ticket’s validity so that every fan gets the opportunity to make their dream come true.

With Chelsea playing in 4 competitions – the Premier League, the FA Cup, the EFL Cup, and the UEFA Champions League, there are ample opportunities for fans to explore to get their Chelsea tickets this season.