Keep reading this review and find out all about the history of Mozambique, achievements, squad information and online sports betting. 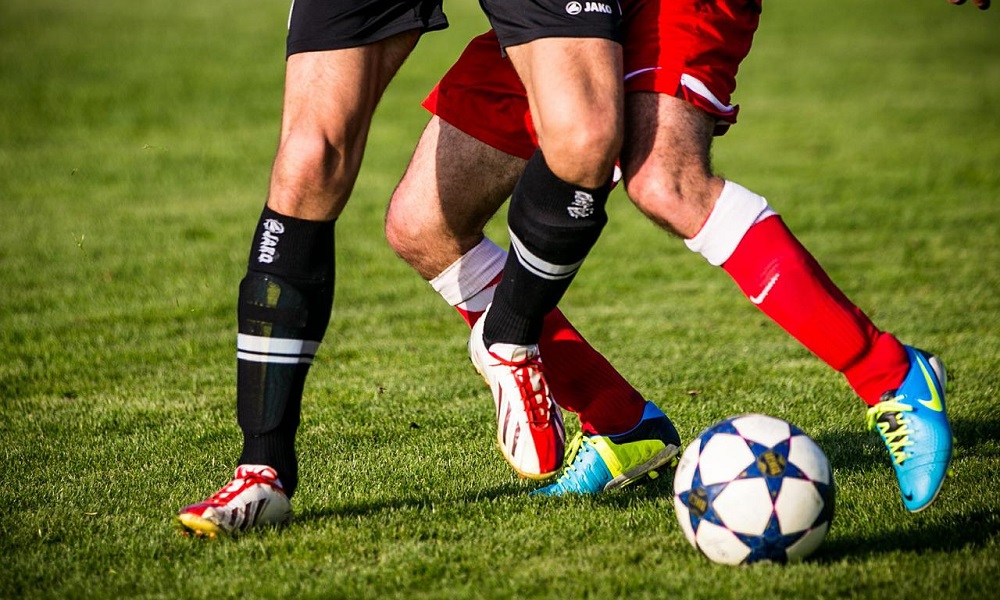 The Mozambique national football team is playing under the Mozambican Football Federation and represents Africa at international tournaments. However, Mozambique never qualified for the FIFA World Cup but did manage to qualify on four occasions for the continental competition known as the Africa Cup of Nations.

This Southeastern African nation is playing its football matches at Estádio do Zimpeto, which has an attendance of 42,000 spectators and is located in the capital city Maputo. Keep reading this review and find out all about the history of this team, achievements, squad information, online sports betting and the best bookie offers available in Mozambique.

Online sports betting is growing in the entire world, and therefore, in Africa. People in Mozambique often bet on their team as now they have the best bookie offers available. Some of the most popular football betting markets include three-way bets (1X2), totals (over/under bets), number of cards during the match (yellow/red), anytime goalscorer predictions, etc.

Online betting is not only popular in Mozambique, but in its neighboring countries as well. The industry and online betting in Zimbabwe are blooming despite some obstacles in terms of a slow internet connection and licenses. Additionally, online betting in Rwanda encountered the same problems earlier, but now it’s easier to bet online in these countries with more licensed betting operators appearing on the market and providing trusted services for punters. You can check the best ones by going to the links above.

History of the team

The Mozambican Football Federation is relatively young as it was formed in 1975, a few months after the country gained its independence from Portugal. It was affiliated with the Confederation of African Football (CAF) in 1978 and FIFA in 1980. The domestic football league is called Moçambola and it’s the top tier of Mozambican football.

Cremildo Loforte was the first head coach, appointed in 1980, and had the longest stint of all coaches which lasted six years. After Loforte, Mozambique was coached by numerous domestic and foreign coaches such as Viktor Bondarenko (twice) and Abel Xavier, a former star who was born in Mozambique but represented Portugal at every level. Xavier played for Benfica, PSV, Everton, and Liverpool, among others, and was recognized for his extravagant looks; he often had blonde hair and facial hair of the same color.

Mozambique’s most successful campaign in the WC qualifications came for the 2010 edition in South Africa. The Mambas got to the third round for the first time ever after finishing second in Group 7 alongside Madagascar, Botswana, and African football giants Ivory Coast. They experienced a poor start to qualifying, suffering losses to Ivory Coast and Botswana 1-0 and 2-1, and drawing 1-1 with Madagascar.

Mozambique, led by the Dutch coach Mart Nooij at the time, responded with a 3-0 win over Madagascar in Antananarivo as Tico-Tico, Carlitos, and Domingues scored goals. For the sports bettors, this was the perfect opportunity to lay some wagers on goalscorer predictions. Following a 1-1 draw with Ivory Coast and a 1-0 road victory over Botswana, Mozambique qualified for the third round.

Mozambique played in Group B with Nigeria, Tunisia, and Kenya as one of the lowest-ranked teams in the third round. After a shocking 0-0 draw with giants Nigeria in Maputo, the Mambas fell to Tunisia and Kenya 2-0 and 2-1 and minimized their chances to reach the playoff round. Still, Tico-Tico scored the game’s only goal in a 1-0 win over Kenya, but after a defeat to Nigeria, Mozambique was eliminated from qualifications. Even though they failed to make it to the World Cup that year, Mozambique surprised Tunisia 1–0 in the last match of the group to secure a place in the upcoming 2010 Africa Cup of Nations in Angola and eliminate Tunisia from the WC qualifications along the way. Mozambique made it to the second round of qualifications for the 2022 World Cup in Qatar as they recorded four wins, three losses, and a draw.

Mozambique participated in the Africa Cup of Nations on four occasions but failed to make it out of the group stage in all four attempts. Their first time at AFCON was in 1986 after eliminating Mauritius, Malawi, and Libya in the qualification. They were given a tough group alongside the hosts Egypt, Senegal, and Ivory Coast and lost all three matches without scoring a single goal.

The Mambas waited ten years to take part in the next AFCON as they qualified for the 1996 edition in South Africa. Mozambique played in Group D alongside Ivory Coast, Ghana, and Tunisia. Their first goal at AFCON and a point came against Tunisia in Port Elizabeth, when legendary Tico-Tico opened the scoring in the 4th minute. Mozambique couldn’t repeat a solid display in the next two games in which they lost to Ivory Coast and Ghana.

For the first time in history, Mozambique appeared in the back-to-back African Cup of Nations as they qualified for the 1998 tournament in Burkina Faso. Another disappointing campaign for the Mambas, who lost to Egypt and Morocco before playing 1-1 with Zambia. After 12 years of waiting, Mozambique qualified for their fourth and last AFCON. They opened the tournament with a 2-2 draw against Benin after trailing 2-0 but then lost to Egypt and Nigeria. Following this AFCON, the captain and nation’s top scorer Tico-Tico decided to hang up his boots.

Mozambique also participated in the African Nations Championship, but only once, in South Africa 2014, when they lost all three group matches. Additionally, they are the regulars at the COSAFA Cup since 1997, the competition organized by the Council of Southern Africa Football Associations. So far, Mozambique has two silver medals in 2008 and 2015.

Mozambique played two friendly games against Niger and Mauritania in 2022, and the following 23 players were called up by head coach Chiquinho Conde for those duels.

Legendary Tico-Tico was the nation’s most-capped player for many years, but midfielder Domingues surpassed him with two appearances in the aforementioned friendly matches against Niger and Mauritania. Now, Domingues has 95 caps for Mozambique, while he is also the team’s second top scorer with 16 goals. Tico-Tico scored 30 and considering that Domingues is 38, it’s hard to expect that Tico-Tico’s record will be broken anytime soon.