Tottenham take on Stevenage at White Hart Lane tonight for their FA Cup replay with a place in the quarter finals is at stake.

The League One side held Spurs to a 0-0 draw at the Lamex Stadium last month and with it earned themselves a lucrative replay at the Lane.

Unsurprisingly Tottenham go into the match as heavy favourites, but Harry Redknapp will be wary not to underestimate their opponents and will call for full focus from his players tonight.

Tottenham welcome back Scott Parker from suspension and it’s expected he will come straight back in to the side. Gareth Bale is also set to return after the Welshman missed the weekend defeat to Manchester United through illness.

Rafael van der Vaart is also pushing for a start but William Gallas will require a late fitness test. Louis Saha will miss the game with a knee complaint.

It is expected that Harry Redknapp may take this opportunity to rotate some of his team, with Carlo Cudicini, Dany Rose, Michael Dawson and Jermain Defoe all likely to start. 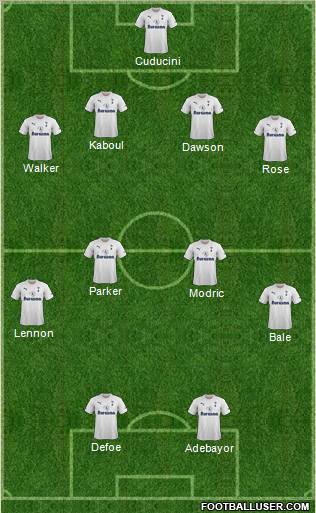 Back on home turf after struggling to cope with the pitch conditions at the Lamex, Tottenham should ease their way into the quarter finals. They have never lost three games in a row under Redknapp, and we don’t expect that to change tonight. Tottenham 3-0 Stevenage.

What are your thoughts on the game? Please get involved in the comments section below…