Chelsea have confirmed this afternoon they completed the signing of highly-rated Croatian midfielder Mario Pasalic from Hajduk Split for an undisclosed fee.

The summer transfer window is now open for business and it’s expected to be a busy few weeks as managers strengthen their squads ahead of next season, so we’ll bring you all the latest news and gossip. Today, Chelsea complete the signing of Mario Pasalic. 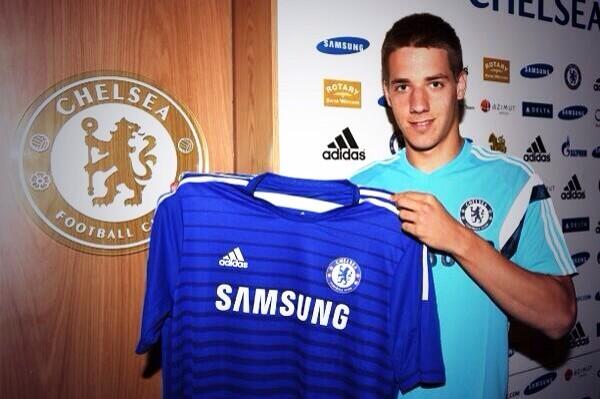 Chelsea have confirmed this afternoon they have completed the signing of highly-rated Croatian midfielder Mario Pasalic from Hajduk Split for an undisclosed fee.

The 19-year-old has emerged as one of the hottest properties in Croatian football in recent seasons and has been dubbed as the ‘new Luka Modric’ by some onlookers.

Pasalic came through the youth ranks at Hajduk Split before breaking into the first team last season where his impressive displays led to a call up to Croatia’s provisional 30-man World Cup squad.

He has also been linked with a whole host of top European clubs, however, Chelsea have managed to see-off competition from the likes of Arsenal and Manchester United to capture the signature of the creative midfielder, and the club announced the deal on Chelseafc.com on Wednesday afternoon.

Upon signing his long-term deal, Pasalic told the clubs website:

‘I am very happy because I am now a Chelsea player. I am very impressed by the training ground and I must thank everybody at Hajduk. This is now a new start in my career.

‘I am a central midfielder, my favourite player is Frank Lampard, and so I am very happy to be a Chelsea player.’

The German-born midfielder certainly played like Chelsea legend Frank Lampard during his debut season, scoring an impressive 11 goals in 36 appearances last year to help Split to a third-placed finish in the Croatian league.

He’s unlikely to command a first team place at Stamford Bridge any time soon due to the intense competition in his position, but he joined in with the rest of the squad at training this afternoon and will no doubt be given a chance to impress during pre-season.

However, I wouldn’t be surprised if he was loaned out by Jose Mourinho for next season to get used to English football before being considered for action in the Chelsea first team.