Manchester United have been handed a timely injury boost with Rafael back in full training after six weeks out with a groin injury, according to the Telegraph. 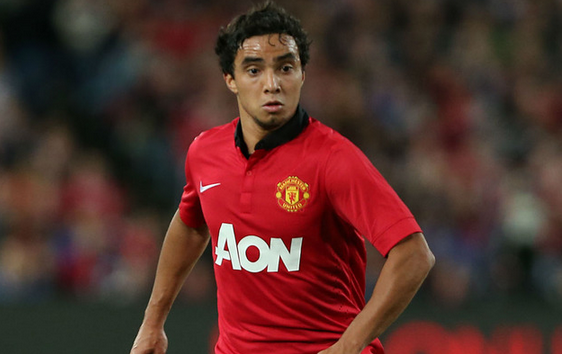 Manchester United have been handed a timely injury boost with Rafael back in full training after six weeks out with a groin injury, according to the Telegraph.

Rafael’s season has been hampered by a series of injuries and he’s been on the sidelines since suffering his latest set-back against Chelsea back on October 26th.

However, it looks like the Brazilian international is now closing in on a first team return with the Telegraph claiming he took part in full training with the rest of the United squad at Carrington this afternoon.

The 24-year-old is highly unlikely to feature in tomorrow nights clash with Stoke City at Old Trafford as Louis van Gaal insists players need at least a weeks training under their belts before they are considered for the first team, but he should be available to take on Southampton at St Mary’s next Monday.

Rafael’s imminent return is a further boost to van Gaal as the United boss has had to deal with a lengthy injury list during his opening few months in the Old Trafford hot-seat. Defence has been a particular area of concern for the Dutchman as he’s had to field a patched-up back-four on more than one occasion this campaign.

Marcos Rojo made a successful return to action at the weekend, while Jonny Evans is also set to make his comeback after playing for the reserves last week, so with Rafael also on the verge of a return, van Gaal will be able to field a more recognised defence over the coming games.

However, it’s not all good news as Phil Jones is still on the sidelines with a shin injury and Luke Shaw isn’t expected back until the New Year due to an ankle injury he sustained against Arsenal.

Once Evans and Rafael are back in contention, van Gaal may opt to move Rojo out to left-back in Shaw’s absence and start with a back-four of Rafael, Smalling, Evans and Rojo.