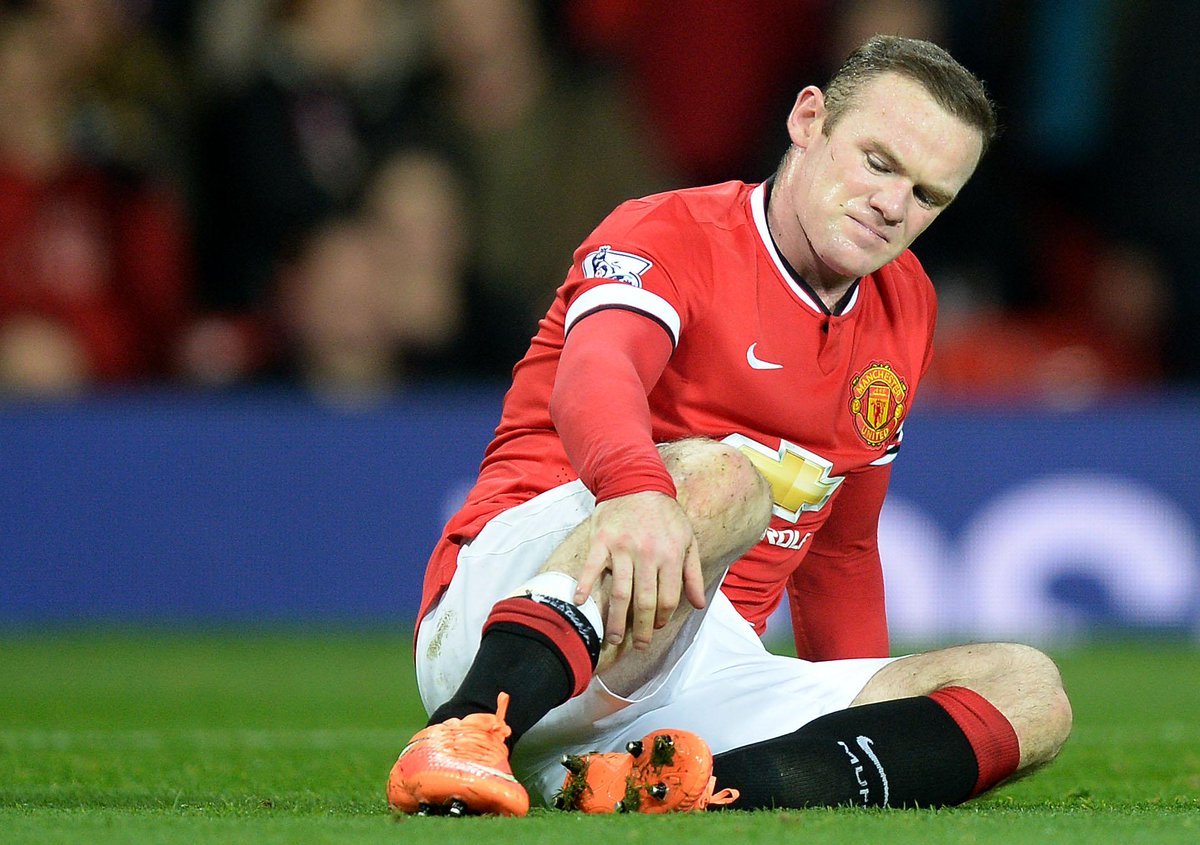 Manchester United have been handed a major injury boost with Wayne Rooney’s scan results showing no sign of serious damage and he should now return against Southampton on Monday night, according to reports.

Rooney picked up a knee injury against Hull City last weekend after colliding with the advertising boards late on in the second half and van Gaal confirmed earlier this week that his skipper would have a scan to determine the full extent of the problem.

It’s being reported that Rooney declared himself fit to take on Stoke City on Tuesday morning but van Gaal didn’t want to take any chances and the 29-year-old was forced to sit and watch from the stands as United secured a narrow 2-1 win at Old Trafford.

The Mirror claims that Rooney underwent his scan on Wednesday and fortunately it showed no sign of serious injury so the striker is due to resume light training with the rest of the first team squad today.

Assuming he suffers no set-backs, the England international is then expected to be back in contention for Monday’s trip to St Mary’s to take on high-flying Southampton.

James Wilson started up front against the Potters in Rooney’s absence with Radamel Falcao replacing the youngster for the final 15 minutes as he continued his search for match fitness, while Robin van Persie ended his goal-scoring drought against Hull on Saturday, so it will be interesting to see what van Gaal decides to do up front when Rooney returns.

If Falcao is finally deemed fit enough to start then we could see the Colombian resume his partnership with van Persie up top with Rooney deployed in a deeper role behind the duo, which is something we saw earlier in the season before Falcao got injured.

United will take on the Saints looking to continue their recent good form that’s seen the 20-time champions win their last four games on the bounce to move into the top four in the Premier League table.