Man Utd will be looking to avoid an upset when they take on Yeovil in the third round of the FA Cup. Here’s a preview with team news, line-up and prediction 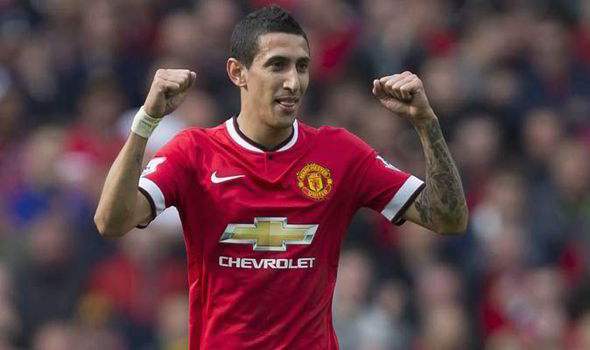 Manchester United will be looking to avoid an upset when they take on Yeovil Town in the third round of the FA Cup on Sunday.

Louis van Gaal’s men have rediscovered their form of late and extended their unbeaten run to ten games with a hard fought 1-1 draw at Stoke City on New Year’s Day.

However, with the Red Devils still nine points off league leaders Chelsea, the FA Cup could be viewed as their only realistic hope of lifting a trophy this season so understandably Louis van Gaal has said they’ll take the competition seriously.

United will have to make-do without Ashley Young as he’s expected to be sidelined for around two weeks with a hamstring injury he sustained at the Britannia on Thursday.

Rafael is expected to come in on the right wing while Luke Shaw should keep his place on the left – although Angel Di Maria could play some part in the game after returning to training following a pelvic injury.

Marcos Rojo is likely to miss out again as he continues to recover from a thigh injury while Daley Blind and Marouane Fellaini are also still unavailable.

Van Gaal may decide to rest a couple of players with Radamel Falcao, Juan Mata and Robin van Persie among those who could get a breather, with Ander Herrera, Adnan Januzaj and James Wilson pushing for starts.

Yeovil 1-3 Man Utd: United have found some form in recent weeks and they’ll hope to use their experience to ensure safe passage past the League One outfit and in to the draw for the fourth round.

Man Utd are heavy favourites to win the game but thanks to Football-Talk, new customers can get enhanced odds of 4/1 on an away win with Betfair while a 3-1 win is on offer at 13/1. I fancy Wayne Rooney to open the scoring at odds of 7/2, and if we combine that with a 3-1 win in a scorecast then we get very tempting odds of 35/1. Surely that’s got to be worth a couple of quid!?