Man Utd will be hoping to avoid a upset when they take on Cambridge in the fourth round of the FA Cup on Friday night. Here’s our predicted starting line-up. 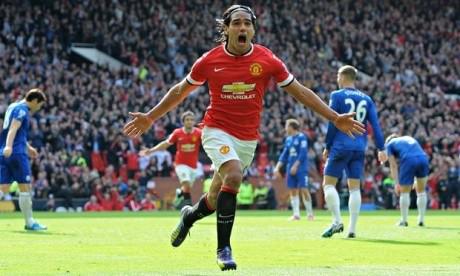 Manchester United will be hoping to avoid an upset when they take on Cambridge United in the fourth round of the FA Cup on Friday night.

Predicting a team for this game isn’t easy because given the opposition, understandably many think Louis van Gaal will make wholesale changes. However, with eight days until their next game and no European football to worry about, the Dutchman would be forgiven for fielding practically his strongest side tomorrow.

But here’s my best guess on who the United boss will go with:

Goalkeeper: David De Gea has been United’s most consistent performer this season but I think van Gaal will take this opportunity to give him a rest and hand Victor Valdes his debut.

Defence: The Dutch coach is also expected to make changes at the back with Jonny Evans and Chris Smalling out with minor knocks. This could see Paddy McNair start alongside Marcos Rojo and Phil Jones in a back three with Luke Shaw starting in the left wing-back position after recovering from injury.

Midfield: Marouane Fellaini came off the bench to open the scoring against QPR last week so I wouldn’t be surprised to see him start tomorrow night with Michael Carrick given a well-earned rest. Ander Herrera is another whose pushing for a recall so we could see Daley Blind also make way in midfield.

Attack: Robin van Persie has been passed fit after an ankle injury but I think we’ll see him start on the bench with Radamel Falcao given the chance to get a confidence boosting performance under his belt. Skipper Wayne Rooney could also be rested with James Wilson starting up front while Juan Mata may get the nod ahead of Angel Di Maria in attack. 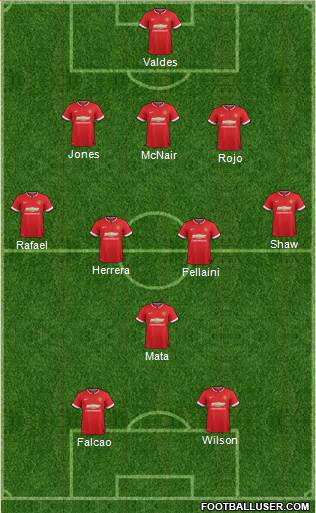