Liverpool take on Bolton in their FA Cup fourth round replay tonight. Here’s a preview with team news, line-ups, predicted score and betting tips for the game.

Liverpool will be hoping to book their place in the fifth round of the FA Cup when they take on Bolton Wanderers at the Macron Stadium tonight.

The Reds were held to a disappointing 0-0 draw by Bolton at Anfield ten days ago so Brendan Rodgers will be looking for a much improved display this evening.

The Merseysiders warmed up for the game with a comfortable 2-0 win over West Ham on Saturday with Daniel Sturridge making his comeback off the bench with a well taken goal.

Liverpool are on a decent run with just two defeats in their last 17 games in all competitions but Bolton should put up a good fight at home, with a date at Crystal Palace awaiting the winners in the next round.

Rodgers is expected to make a few changes ahead of Saturday’s Merseyside derby against Everton and play a similar side to the one that started the original tie at Anfield.

It means the likes of Mamadou Sakho, Lucas Leiva, Alberto Moreno, Philippe Coutinho and Lazar Markovic could all be rested once again with Dejan Lovren, Jose Enrique, Javier Manquillo and Joe Allen coming in.

Steven Gerrard is also expected to be recalled after missing the West Ham game with a minor hamstring complaint, while Raheem Sterling could continue up front as Daniel Sturridge is still not deemed fit enough to start.

As for Bolton, they go into the game with a number of injury worries with Darren Pratley the latest to be ruled out with a hamstring injury.

Craig Davies could be back in contention but former Liverpool striker Emile Heskey is struggling with a hamstring injury so could join the likes of Adam Bogdan, Marc Tierney, Mark Davies and Max Clayton on the sidelines. 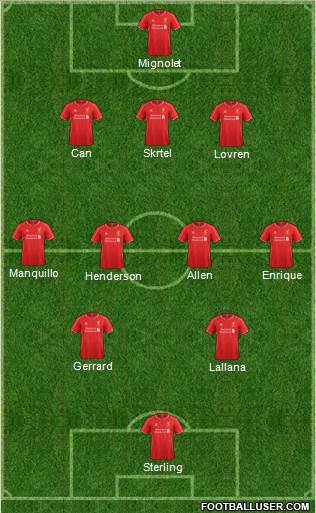 Bolton 1-2 Liverpool: I expect Bolton to put up a good fight and give Liverpool a really tough game tonight, but in the end I think the Reds should have enough quality to book their place in the fifth round and secure a trip to Selhurt Park to face Palace.

Liverpool are the favourites to win the game but Football-Talk can get you enhanced odds of 4-1 on the Reds to win with Betfair, plus you can win a £100 free bet bundle. A 2-1 win is also on offer at 15/2 while I fancy Raheem Sterling to open the scoring at 9/2. If we combine those two bets in a scorecast, then we get very tempting odds of 22/1. Surely that’s got to be worth a couple of quid!?