Liverpool have been handed an injury boost with midfielder Joe Allen declaring himself fit to return to the squad for Monday night’s trip to Swansea City. 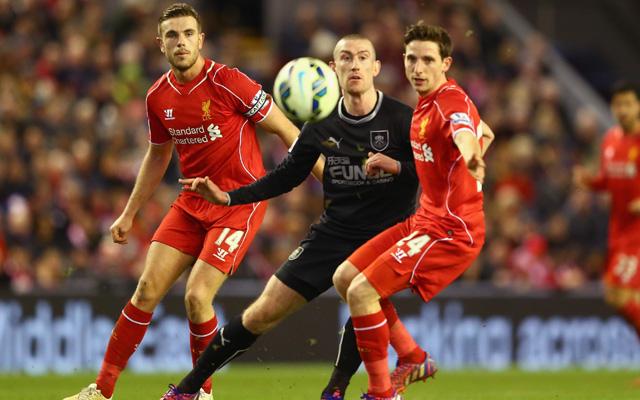 Liverpool have been handed an injury boost with midfielder Joe Allen expecting to be fit to return to the squad for Monday night’s trip to Swansea City.

Allen was forced to sit on the sidelines for last weekend’s disappointing 0-0 draw with Blackburn at Anfield in the quarter finals of the FA Cup due to a minor hip injury.

It was the first game in seven outings that the Wales international had missed as he’s been putting in some impressive performances against the likes of Crystal Palace, Besiktas, Southampton, Manchester City and Burnley in recent weeks.

His presence was missed against Rovers last time out but thankfully Allen has told Liverpoolfc.com today that his injury is just a minor one and he should be back in contention to face his former side at the Liberty Stadium on Monday evening.

“It was just a minor injury really,”

“It was sort of touch and go for [the Blackburn] game. It probably would have cost me further down the line, so I sat that one out and I’ve just been working to get back fit.”

“It looks likely [that he’ll return on Monday]. I’m obviously disappointed to have missed the cup game at the weekend, but hopefully that’s the only game that this injury will cost me.

“It’s disappointing and frustrating, as you’d expect. But I think you try and keep perspective – it was only something small. So, thankfully, and you never want to miss any games, but if it’s only one, then it’s a small price to pay, I guess.”

Allen hasn’t always been viewed upon as a vital part of Brendan Rodgers starting eleven but he’s certainly proven his worth since the turn of the year with his performance against Man City at Anfield particularly impressive.

With Jordan Henderson also excelling alongside Allen recently it’s going to be interesting to see what Rodgers decides to do in central midfield now that skipper Steven Gerrard has also declared himself fit to return from a hamstring injury on Monday night.