Tottenham Hotspur will look to get their season back on track when they take on Newcastle United at St James’ Park on Sunday afternoon. Here’s a preview.

Tottenham Hotspur will look to get their season back on track when they take on Newcastle United at St James’ Park on Sunday afternoon.

Spurs saw their hopes of finishing in the top four this season all-but ended with a disappointing 1-0 loss at home to Aston Villa last weekend so Mauricio Pochettino will be looking to bounce back immediately tomorrow.

The defeat leaves the North Londoners seventh in the table and seven points adrift of fourth-placed Manchester City with just six games left to play, so they need victory at St James’ Park to stand any chance of overhauling the defending champions into fourth spot.

Newcastle are on a terrible run having lost their last five games on the spin and another loss on Sunday would make it their worst ever Premier League run – a record John Carver will be desperate not to have against his name.

The Geordies welcome back skipper Fabricio Coloccini after he served a three-game ban and his return will allow Janmaat to move to his more familiar right-back role.

Midfielder Moussa Sissoko will start a two-game suspension following his dismissal at Everton last weekend so he joins striker Papiss Cisse on the sidelines as he continues to serve his seven-match ban.

Siem de Jong is back in training but is unlikely to be involved from the start having only just returned from a collapsed lung, while midfielder Rolando Aarons is still out with a hamstring issue.

Tottenham will hand a late fitness test to goalkeeper Hugo Lloris as he continues to struggle with a knee injury that ruled him out last week.

Kyle Walker is also a major doubt with a foot injury while Jan Vertonghen is still feeling the effects of a virus. 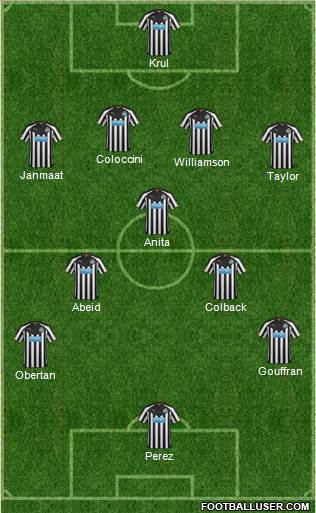 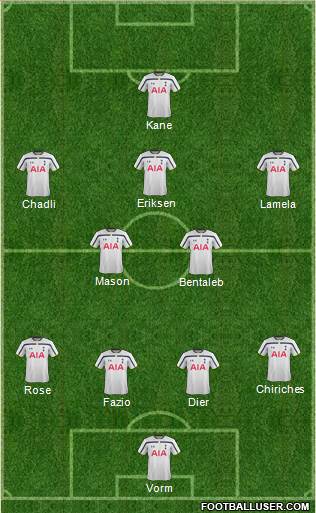 Newcastle 1-1 Tottenham: Spurs seem to have lost their way of late while Newcastle are on their worst run for several years, so it’s going to be interesting to see how this game goes. In the end, I think it will be a fairly uninspiring draw.

Tottenham are the slight favourites to win the game but Football-Talk can get you enhanced odds of 7/1 for a Spurs win, plus you can get money back if you lose + £100 in free bets. However, my prediction of 1-1 is available at 6/1 while I also like the look of Harry Kane opening the scoring at 4/1. If we combine those bets in a scorecast then we get very tempting odds of 25/1. Surely that’s got to be worth a couple of quid!?