Manchester United will be looking to end the season on a high note when they take on Hull City on Sunday afternoon. Here is our predicted line-up. 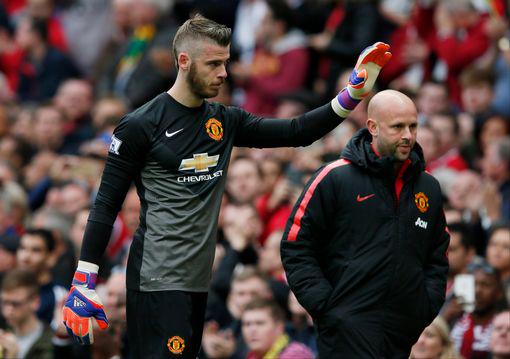 Manchester United will be looking to end the season on a high note when they take on Hull City at the KC Stadium on Sunday afternoon. Here’s the starting XI we think Louis van Gaal will go with:

Goalkeeper: David de Gea is a major doubt after being forced off during the final stages of last weeks draw with Arsenal with a hamstring injury. The Spaniard will have a late fitness test tomorrow but Victor Valdes is on stand-by to step in and make his first league start for the club.

Defence: van Gaal has confirmed he’ll play his strongest team in order to protect the integrity of the league as Hull battle to avoid the drop.

Luke Shaw remains out so Marcos Rojo should keep his place at left-back while Antonio Valencia has made the right-back slot his own with Rafael out injured. Chris Smalling came through last weeks draw unscathed so he’ll partner Phil Jones at the heart of defence once again.

Midfield: Michael Carrick is out for the season so Daley Blind will continue in the holding role with Ander Herrera and Marouane Fellaini set to keep their places in midfield.

Attack: Wayne Rooney is fit to return after missing out last week with a dead leg and van Gaal has confirmed his skipper will start up front. That means Radamel Falcao is set to drop back to the bench while Robin van Persie will also be among the subs as he’s still not considered 100% match fit yet.

Angel Di Maria continues to be out-of-favour so Juan Mata and Ashley Young are likely to start on the wings once again this weekend. 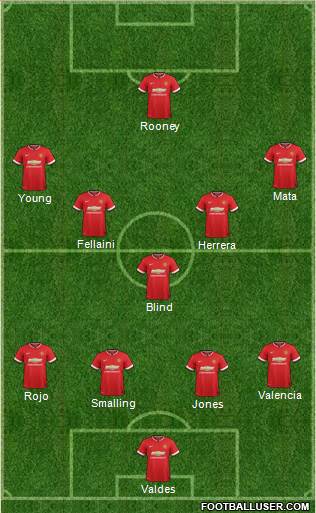