As the summer transfer window reaches it’s climax, managers are working hard trying to strengthen their squads for the new season so we’ll bring you all the news and gossip. Today, Man Utd close in on Keylor Navas… 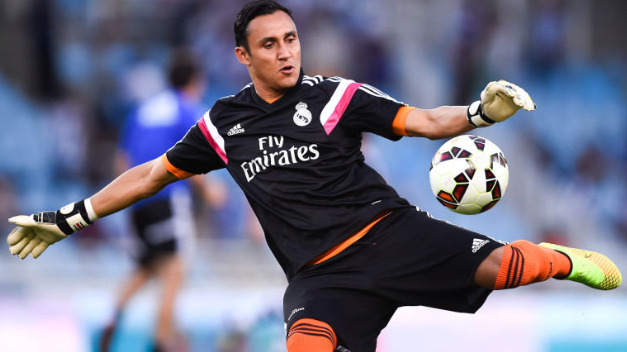 Manchester United are on the verge of wrapping up their sixth signing of the summer after Keylor Navas agreed to be part of a deal that will see David De Gea finally join Real Madrid, according to Sky Sports News.

News broke early on Monday that United and Madrid were in advanced talks over a deal for De Gea to make the move to the Bernabeu this summer but the inclusion of Navas was supposedly holding up proceedings.

Sky Sports claim a deal has now been agreed between the two clubs for De Gea’s signature but with United set to lose their No.1, understandably they were keen to bring in a replacement quickly and it appears Louis van Gaal asked for the Costa Rican international to be part of the deal.

Spanish football expert Guillem Balague has told Sky Sports News that Navas has now given the green light to moving in the opposite direction which paves the way for De Gea to complete his protracted move back to Spain.

“He [De Gea] is a Real Madrid player – 40m euros, that’s £29m and Manchester United are happy because it is a near record for a player who had only one year left [on his contract],”

“Since early this morning the communication started going more fluently with Manchester United. The fear was that they didn’t have enough time to finish the deal. That was because it was all pending on Keylor Navas.

“He has been thinking about it, he did not travel with the national side with the intention of actually deciding on his future. Finally he has decided, I believe he is going to earn double what he earns at Real Madrid, he has accepted to be part of the deal.

“And that’s what sped things up eventually. As you know the transfer [window] finishes at 11pm UK time in Spain and Real Madrid, the highest possible sources, only about an hour and a half ago were saying they were scared that there would be no time to do it.

“And, by the way, that is a goalkeeper who Louis van Gaal likes. According to the de Gea camp, when a deal was presented to renew his contract in the spring of 2014, van Gaal said ‘let’s wait to give him a new deal because I like Navas’.

Sky Sports claim that the £29m deal will see United receive around £18m cash for De Gea’s signature in addition to Navas – who has been valued at around £11m.

I’m sure United fans will be hugely disappointed to see De Gea leave the club as he’s been their best player over the past two seasons but with just one year remaining on his contract and the player clearly wanting to return to Spain, I think they’ve got a decent deal here.

While he may not be up to De Gea’s standard just yet, Navas is an excellent goalkeeper in his own right so van Gaal will be glad to have got the 28-year-old as part exchange.

The Spanish window closes at 11pm GMT so we won’t have to wait too long before these deals should be confirmed and if/when Navas seals his move to Old Trafford, he’ll become United sixth major signing of the summer.