Tottenham will be hoping to extend their unbeaten run when they entertain West Ham at White Hart Lane on Sunday afternoon.

Spurs head into the game having not tasted defeat in 11 Premier League games with their last loss coming with a 1-0 defeat at Manchester United way back on the opening day of the season.

There have been plenty of draws during that run – including a 1-1 stalemate at Arsenal before the international break – so Mauricio Pochettino will be desperate to collect all three points and close in on the top four tomorrow.

However, West Ham always give Tottenham a tough game and they boast the second-best away record in the division having already beaten the likes of Arsenal, Manchester City and Liverpool on the road this season, so Spurs are going to have to be at their best.

Tottenham will be without the suspended Erik Lamela after he collected his fifth booking of the season last time out.

Nabil Bentaleb is also unavailable after picking up an ankle injury while away on international duty with Algeria so he joins Nacer Chadli and Alex Pritchard on the sidelines.

Andros Townsend is expected to return to the squad after being axed following a clash with a club coach while Heung-min Son is available after recovering from a foot injury.

As for the Hammers, Alex Song is set to make his first appearance of the season after finally overcoming a niggling ankle injury that’s plagued him this campaign.

Diafra Sakho is also expected to return to the squad after recovering from a thigh injury but Dimitri Payet and Enner Valencia are out through injury. 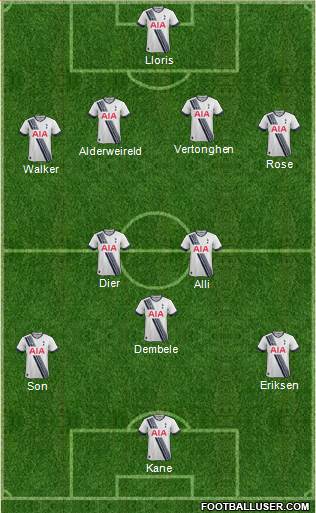 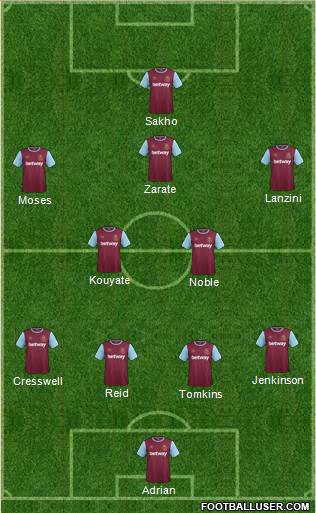 Tottenham 2-1 West Ham: Spurs have been steadily improving as the season goes on and they’re proving to be extremely difficult to beat this year. West Ham have been excellent on the road and I do think they’ll make a real game of this, but I expect the hosts to just edge it.

Tottenham are the 4/7 favourites to win with the bookmakers but Football-Talk can get you crazy odds of 4/1 on a home win – just click here to take advantage. My prediction of 2-1 is on offer at odds of 15/2 while I also like the look of Christian Eriksen opening the scoring at 5/1. If we combine those two bets in a score-cast, then we get very tempting odds of 25/1.