Tottenham will will look to secure a first leg advantage when they take on Fiorentina in their Europa League last 32 clash this evening.

Spurs have been in excellent form of late and gave their Premier League title chances a major boost with an impressive 2-1 victory over Manchester City at the Etihad on Sunday afternoon.

However, the North Londoners must turn their attention to European matters tonight as they head in to the last 32 stage of the Europa League for the fourth consecutive season.

Mauricio Pochettino’s side eased through the group stages after topping their group ahead of Anderlecht and Monaco but arrive in Italy having won just one of their previous five European away days.

Tottenham will have to be on top form to improve upon that record as Fiorentina are in impressive form themselves, currently sitting third in the Serie A table, while they also beat Spurs 3-1 on aggregate at this stage of the competition last year.

Tottenham will have to make do without captain Hugo Lloris as the French number one picked up a shoulder injury during the later stages of the win over City on Sunday. Michel Vorm is set to deputise in goal.

The visitors will once again be without Jan Vertonghen as the Belgian international continues to nurse a knee injury while striker Clinton N’Jie is also out with his own knee complaint.

Pochettino is expected to make some changes to his starting eleven with the likes of Ben Davies, Keiran Trippier, Tom Carroll and Nacer Chadli coming in to the side.

Fiorentina will be without midfielder Milan Badelj as the Croatian has a thigh injury but otherwise the Italian outfit are at full strength. 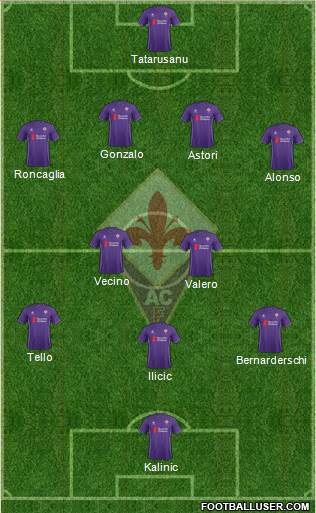 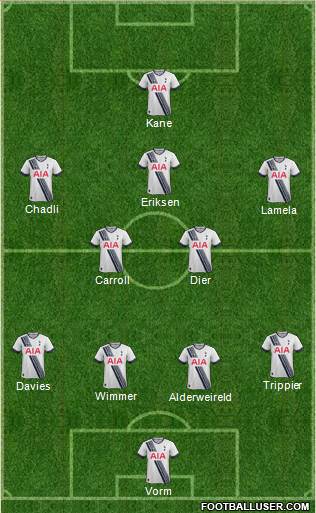 Fiorentina 1-1 Tottenham: Spurs have been in great form of late and will be confident of bringing a positive result back to North London ahead of the second leg. Fiorentina are a solid side at home but I can see this one ending in a score draw.

Fiorentina are the narrow 29/20 favourties with the bookmakers but Football-Talk can get you enhanced odds of 8/1 on a Spurs win – just click here to take advantage of these incredible odds. My prediction of 1-1 is on offer at 11/2 while I also like the look of Kane opening the scoring at odds of 5/1. If you combined those two bets in a score-cast then we get very tempting odds of 20/1.