Man Utd have been handed an injury boost with Luke Shaw expected to be fit for the final weeks of the season but Wayne Rooney is out for another 6 weeks. 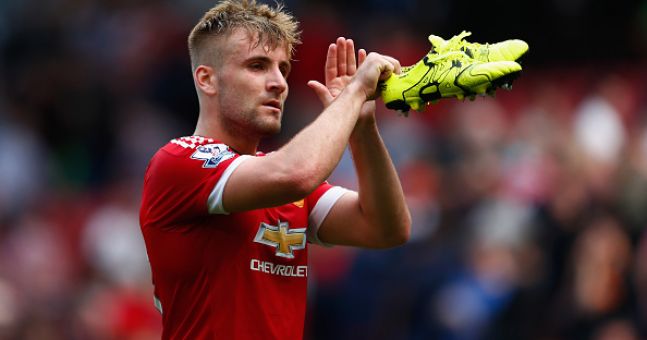 Manchester United have been handed a major injury boost with Luke Shaw expected to be fit for the final weeks of the season but Wayne Rooney is still at least 6 weeks away from making his comeback, according to England boss Roy Hodgson.

Shaw has been out since suffering a double leg break during United’s Champions League clash with PSV Eindhoven in September and was initially expected to be out for the entire campaign, putting his participation at Euro 2016 in serious doubt.

However, Hodgson has now revealed that Shaw is making good progress in his recovery and is hopeful the full-back will be back playing again by the beginning of May, meaning the 20-year-old could be available for United’s run-in and be in contention for a place in the Three Lions squad this summer.

Hodgson is quoted as saying by the Manchester Evening News:

“Hopefully by May, when I really have to make a decision, they’ll be available for selection.”

Shaw’s potential return would be a major boost for Louis van Gaal as the Dutchman has seen his full-back options decimated by injury this season, forcing him to hand debuts to several academy players in recent months.

If those injury problems continue, Shaw’s return during the final weeks of the season could be important as United look to secure a top four place and with the Red Devils still in the FA Cup and Europa League, the defender could be back in time to play some part in those competitions too.

However, it isn’t all positive news as Hodgson also revealed that United’s medical team informed him that Wayne Rooney is still at least six weeks away from regaining fitness meaning the attacker may not return until April.

“Our doctor speaks to their club doctor, and we were told that it was probably going to take six weeks – at the very, very worst or could take a week or two more, which would take him into the first week of April.”

Obviously losing Rooney for another six weeks is a blow to United but in his absence, Marcus Rashford has taken his opportunity with both hands as the teenager has scored four goals in three games.