Tottenham will look to close the gap on leaders Leicester City when they take on West Brom at White Hart Lane this evening.

The Foxes opened up an eight point advantage at the top of the table with a comfortable 4-0 victory over Swansea City yesterday so Spurs simply have to keep in touch by reducing the gap to five with a win tonight.

Failure to beat the Baggies would mean that Leicester would secure the Premier League title with victory over Manchester United on Sunday but a Spurs win this evening keeps things interesting with three games left to play.

With so much at stake, West Brom could be viewed as the ideal opposition as they have little left to play for having hit the 40-point marker therefore securing their top flight status for another year.

Tony Pulis’ side limped to a 2-0 defeat at Arsenal last week, which was their third consecutive defeat, so Tottenham should be more than confident of collecting all three points tonight.

The North Londoners have no fresh injury concerns to worry about with midfielder Nabil Bentaleb their only absentee as he continues to nurse a knee injury.

Pochettino is expected to stick with the same side that put in an excellent performance to beat Stoke 4-0 at the Britannia seven days ago.

West Brom will continue to be without the services of James Morrison as he’s out with a hamstring problem while Chris Brunt is out with a long-term knee problem.

Salomon Rondon and Jonas Olsson are pushing for recalls after coming off the bench against Arsenal. 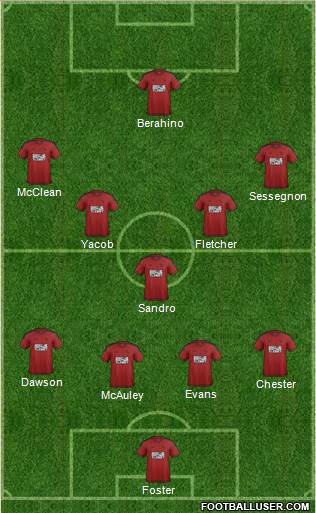 Tottenham 3-0 West Brom: The hosts won’t have given up on the title just yet as Leicester have three tricky games left to play so Pochettino’s men will be desperate to cut the gap to five points this evening. West Brom looked uninterested at Arsenal and a similar display will see them lose heavily at the Lane.

Now it’s time for you to find today’s best betting tips for the Tottenham – West Brom game. Understandably, Spurs are the 2/9 favourites to win the game and the hosts are fully expected to do so at White Hart Lane this evening. My predicted score of 3-0 is available at odds of 6/1 while I also like the look of Harry Kane to continue his march towards the Golden Boot by opening the scoring at odds of 5/2.

However, if you want even more value then why not combine my 3-0 prediction with Kane to score first in a score-cast, as this will give you very tempting odds of 11/1. Surely that’s got to be worth a few quid?