Arsenal have finally announced the signing of Granit Xhaka from Borussia Monchengladbach with the midfielder penning a long-term contract with the club.

The opening of the summer transfer window is fast approaching so we’ll bring you all the latest transfer rumours and gossip from around the globe. Today, Arsenal confimr the signing of Granit Xhaka…. 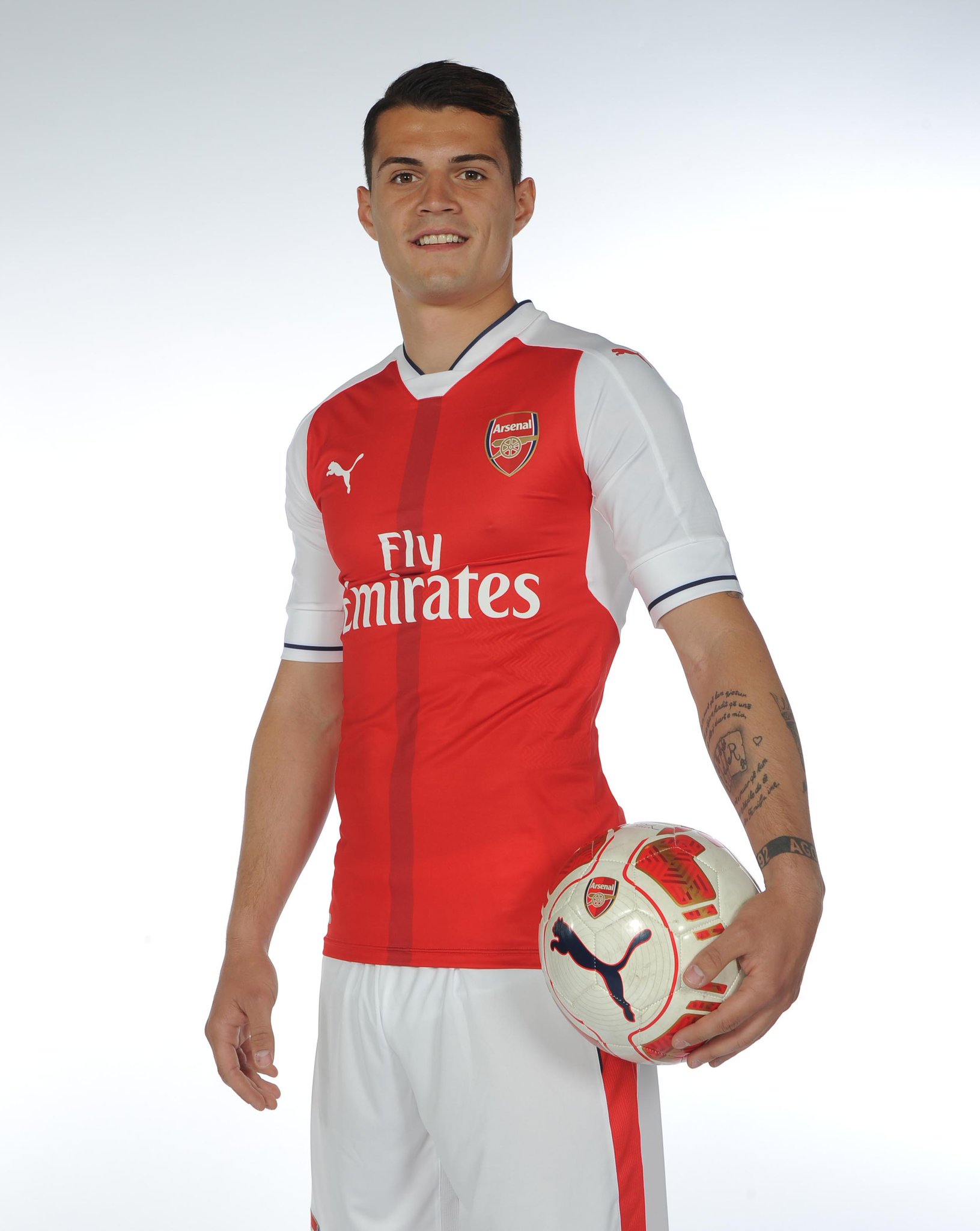 Arsenal have finally announced the signing of Granit Xhaka from Borussia Monchengladbach with the midfielder penning a long-term contract with the club.

Xhaka has been strongly linked with a move to the Emirates in recent months and a deal looked to be on the verge of completion after he flew in to London to undergo his medical last Friday.

We then saw photos of the 23-year-old having his official photo-shoot in Arsenal’s new home kit leaked on Twitter on Saturday so it looked as though the deal was only a matter of hours away from being announced.

However, it’s taken Arsenal until Wednesday to finally confirm his arrival on Arsenal.com with the club revealing that Xhaka has signed a long-term contract after we reached an agreement with Gladbach for his signature.

There has been no confirmation on the fee but the Mirror claim we’re paying in the region of £30m for the Swiss international and the midfielder will officially become an Arsenal player when the summer transfer window opens on July 1st.

Xhaka has expressed his delight at joining Arsenal, telling the clubs website:

I’m very proud to be joining Arsenal. I cannot wait to move to London, represent this special club and play in the Premier League. I will give everything to help Arsenal win trophies and make the fans happy

Boss Arsene Wenger has also confirmed that he’s been watching Xhaka for some time and is looking forward to working with him at Arsenal next season.

“We have been watching him for a long time now and he is a player who will add quality to our squad. We wish Granit a good Euro 2016 with Switzerland and look forward to welcoming him to Arsenal ahead of next season.”

Xhaka is an experienced international having played for his country on 41 occasions and he captained Gladbach to a fourth placed finish in the Bundesliga last season.

The Swiss star is known for his excellent passing range as well as his leadership skills so he should bring a lot of qualities to the Arsenal midfielder next season.

With Mikel Arteta, Mathieu Flamini and Tomas Rosicky all leaving next month we needed to bring in another midfielder and Xhaka should be a superb addition to the squad as we’ll now have plenty of depth in the middle of the park.

Hopefully Xhaka’s arrival is the first of many and it’s great to see Wenger getting some business done early this summer.