England continue their preparations ahead of this summers European Championships when they take on Australia at the Stadium of Light this evening.

England continue their preparations ahead of this summers European Championships when they take on Australia at the Stadium of Light this evening.

The Three Lions began their pre-tournament warm-up games with a 2-1 victory over Turkey at Wembley last weekend and they’ll be hoping to continue with another positive result tonight.

Roy Hodgson must trim his squad to his final 23 by May 31 meaning this game is the last chance to impress for a number of hopefuls – although Fabien Delph has already been dropped after picking up an injury in training this week.

Liverpool’s Daniel Sturridge is also expected to miss out after aggravating a calf injury while Wayne Rooney will be rested, so the door is open for Marcus Rashford to make his full debut.

The Manchester United striker has enjoyed a meteoric rise this season and the 18-year-old will be hoping he can force his way in to Hodgson’s plans with a positive display tonight.

There are likely to be a number of changes from the side that beat Turkey with Liverpool trio Nathaniel Clyne, Jordan Henderson and Adam Lallana all likely to start.

Andros Townsend, Chris Smalling and Ryan Bertrand should also start while Leicester’s Danny Drinkwater could get a chance to impress in the middle of the park.

Arsenal’s Jack Wilshere should also get another start in midfield as he looks to build up his match fitness following a frustrating injury-plagued season. 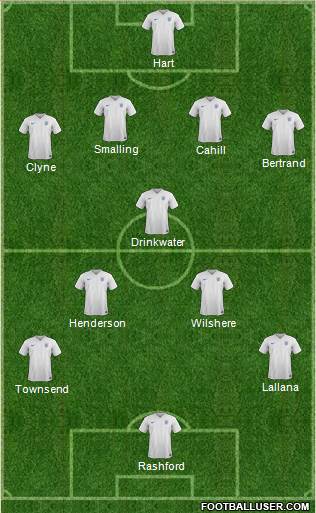 England have quietly gone about their business and enjoyed a flawless qualifying campaign, so it’s easy to see why they are many people’s ‘dark horses’ to go all the way and win over in France. A quick looks at the Euro 2016 enhanced odds shows us that England are 8/1 to win the tournament outright, which looks like a decent bet when you consider that there is no clear stand-out favourite this summer.

Another impressive victory tonight would settle the nerves ahead of the Euro’s and enhance the belief that England can finally get their hands on a major trophy this summer. Australia can be a dangerous side on their day but I personally can’t see past anything other than a home win. My prediction is 2-1 with Rashford to open the scoring, which is currently on offer at odds of 18/1 – which I think represents decent value.

What team would you start tonight and what’s your predicted score?