Chelsea In Talks Over Deal To Sign French International

Chelsea have opened negotiations with French international over a move to Stamford Bridge this summer. See who the player is and all the details here

The opening of the summer transfer window is fast approaching so we’ll bring you all the latest transfer rumours and gossip from around the globe. Today, Chelsea are in talks to sign Steve Mandanda…. 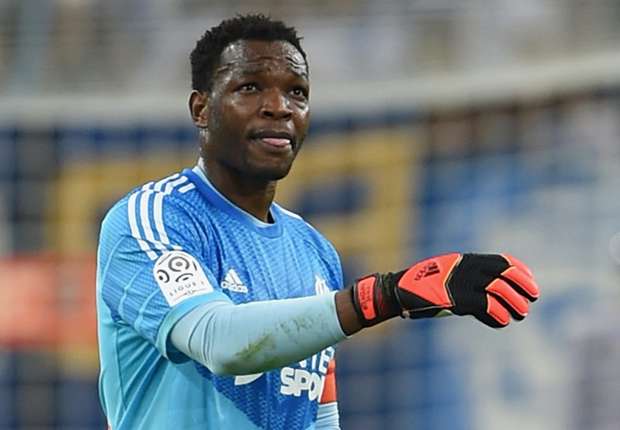 Chelsea have opened negotiations with French international goalkeeper Steve Mandanda over a free transfer move to Stamford Bridge from Marseille this summer, according to the Guardian.

Incoming Chelsea boss Antonio Conte isn’t officially expected to start his reign until after he’s fulfilled his duties with the Italian national team at Euro 2016 but it looks as though the 46-year-old is already working on potential transfers.

That’s because the Guardian claim that Chelsea officials are now discussing terms with French goalkeeper Steve Mandanda over a free transfer move from Marseille this summer.

The newspaper suggests that the Blues are willing to let Asmir Begovic leave as long as they can bring in an experience replacement to offer competition to number one Thibaut Courtois next season, and it looks like Mandanda is on Conte’s radar.

The keeper has decided to leave Marseille when his contract expires this summer and has named the Premier League as one of the league’s he’d be keen to try, so Chelsea should be confident of being able to snap him up on a free transfer.

Mandanda is quoted as saying by the Guardian:

“Abroad would be something good at 31. It would be a nice adventure on both a sporting and a personal level. The two leagues that interest me most are the Premier League and La Liga.”

The 31-year-old has been with Marseille since joining the club from Le Harve in 2007 and has racked up 433 appearances for the French outfit over the past nine seasons.

Mandana has been voted as the best goalkeeper in Ligue 1 four times and also has 22 caps for the French national team, despite playing understudy to captain Hugo Lloris, so he’d certainly bring a lot of experience and quality to Chelsea if they are able to tempt him to West London. Should they be successful in their pursuit of Mandanda, that is likely to see Begovic depart after a frustrating debut season at Stamford Bridge following his arrival from Stoke City last summer.

The Bosnian international performed admirably while Courtois was on the sidelines but immediately lost his place when the Belgian international returned to the side so it looks as though he wants to leave in search of regular first team football.