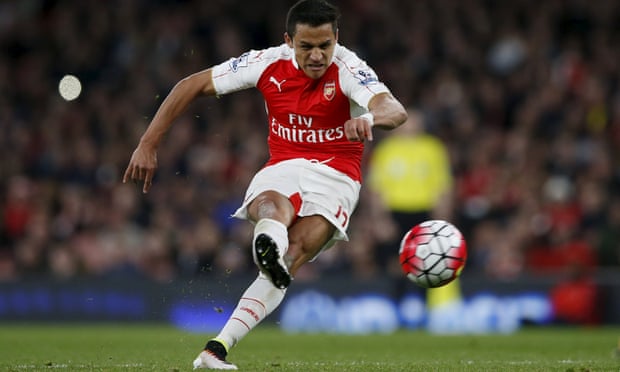 Arsenal are set for a huge double fitness boost with Arsene Wenger hoping Alexis Sanchez and Aaron Ramsey will be ready for the season opener against Liverpool, according to the Telegraph.

Sanchez was given an extended holiday after helping Chile retain the Copa America back in late June while the attacker has also been nursing an ankle injury which he picked up in the final against Argentina.

Ramsey on the other hand has also been enjoying a well-earned break after playing a key role in Wales’ march to the semi finals of Euro 2016 but missed out through suspension as they crashed out to Portugal.

Both players returned to pre-season training earlier this week and the Telegraph claim they are expected to be included in the squad that travels to Norway later today for the start of our tour of Scandinavia.

It’s understood Wenger plans to fast-track the duo through an intense pre-season programme and Ramsey and Alexis are due to feature during our friendly against Viking FK on Friday night before the squad heads to Sweden to face Manchester City in Gothenburg on Sunday evening.

As long as they don’t suffer any severe fatigue, the newspaper says that Wenger hopes they will then be available when Arsenal welcome Liverpool to the Emirates next Sunday for their Premier League opener.

While it’s a risky strategy to rush them back so soon, having Ramsey and Sanchez for the start of the new season will be a major boost to the Gunners as they are set to be without at least five key players when the new campaign gets underway.

Per Mertesacker and Danny Welbeck are certain to be missing due to long term injuries while Laurent Koscielny, Olivier Giroud and Mesut Ozil are also expected to miss at least the Liverpool game after returning late following their exploits at Euro 2016.

Ozil won’t begin his pre-season work until tomorrow while Giroud and Koscielny aren’t expected back until Monday so they won’t have enough time to get themselves fit in time to face Jurgen Klopp’s men.

With Giroud unavailable and Theo Walcott out of form, there is a strong chance Wenger will deploy Sanchez as a centre-forward against the Merseysiders as his only other option is youngster Chuba Akpom.

Sanchez has never looked comfortable up top so it’s safe to say Arsenal are going to be severely under strength when they take on Liverpool and you’d have to be an avid Gooner to back them to win the game, even at the Emirates. An Arsenal victory wouldn’t be one of my football tips for today, that’s for sure.

Jurgen Klopp has acted decisively in the market, bringing in seven new players, and they’ve all had a chance to get to know their new team mates while Liverpool should have virtually a full-fit squad to choose from next weekend. Therefore, I think the Mersey club have a great chance of taking away a positive result given Arsenal’s selection problems.