Tottenham take on Bayer Leverkusen at Wembley on Wednesday night. Here is the side we think Mauricio Pochettino will select for the game:

Tottenham will look to take a huge step towards qualification to the knockout stages of the Champions League when they take on Bayer Leverkusen at Wembley on Wednesday night.

Goalkeeper: Number one goalkeeper Hugo Lloris will continue between the sticks tomorrow night.

Defence: Pochettino has previously rotated his full-backs in games such as these so I wouldn’t be surprised to see one if not both of Kyle Walker and Danny Rose rested ahead of Sunday’s trip to Arsenal.

That means Kieran Trippier could start at right-back with Ben Davies coming in at left-back while Jan Vertonghen should continue in the middle of defence. Toby Alderweireld remains out after failing to recover from a knee injury in time so Eric Dier is expected to continue at centre-back.

Midfield: Victor Wanyama should continue in the holding role while Dele Alli should be partnered by Mousa Dembele just in front of the Kenyan – although Moussa Sissoko is pushing for a start as his ban doesn’t count in European competition. 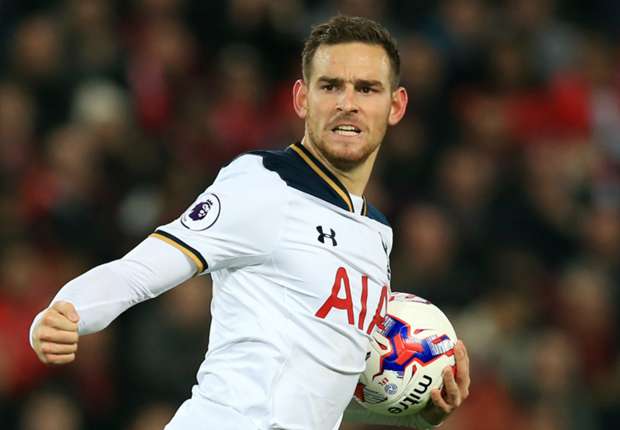 Attack: Harry Kane is back in training after recovering from an ankle injury but Pochettino isn’t going to risk him tomorrow night so Vincent Janssen could continue to lead the line up front.

Erik Lamela is a minor doubt after picking up a knock in training so the Argentinean may not be risked from the start meaning Hueng-min Son could start on the wing with Christian Eriksen on the opposite flank. 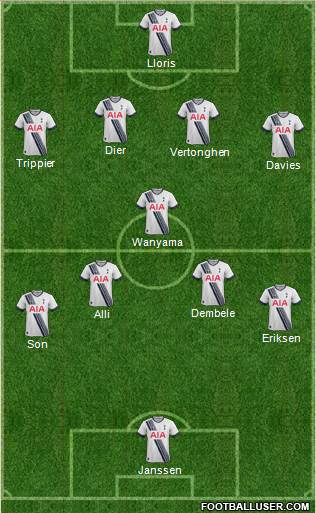