Tottenham take on Burnley at White Hart Lane on Sunday. Here’s a preview with team news, likely line-ups, betting tips and predicted score for the game

Spurs bounced back from their defeat to Manchester United at Old Trafford last weekend with a resounding 3-0 victory over Hull City on Wednesday night.

That win saw Mauricio Pochettino’s side move to within just three points of Manchester City and with Pep Guardiola’s men taking on third-placed Arsenal tomorrow, Spurs will be desperate to take advantage by beating Burnley at the Lane.

The north Londoners should be confident of doing so as they’ve won seven of their eight games against teams from the lower end of the table this season and Burnley have the worst away record in the Premier League with just one point taken from their 7 games on the road.

Tottenham will hand a late fitness test to Mousa Dembele as the Belgian international looks to return having missed the win over Hull with a foot injury.

Striker Vincent Janssen is also a doubt for the game as he continues to recover from an ankle injury while Erik Lamela is still short of fitness after missing the last seven games with a hip problem.

Pochettino may decide to stick with a back three that served him well in midweek while Ben Davies could start on the left with Danny Rose rested.

Burnley will hand a late fitness test to winger Johann Berg Gudmundsson as he’s only recently recovered from a hamstring injury while Steven Defour could get a recall in midfield. 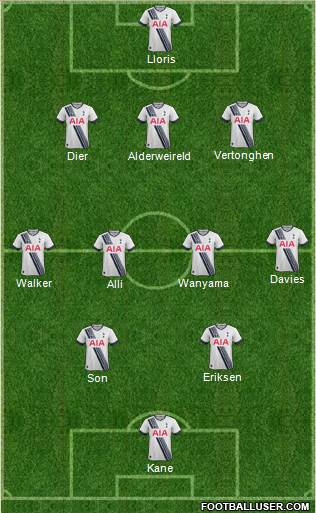 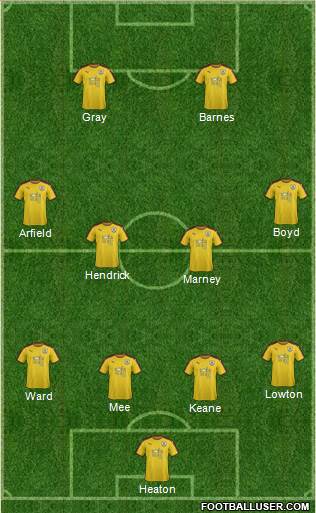 Tottenham 2-0 Burnley: Spurs were impressive against Hull in midweek and they’ve won their last five competitive games at home to Burnley so I really don’t see past a Tottenham win. I’m backing Pochettino’s side to record a straight-forward 2-0 win tomorrow.

Spurs are the 2/9 favourites to win the game but we can get you enhanced odds of 4/1 on a Spurs victory – just click here to take advantage of these crazy odds. Here are some other bets I like the look of: 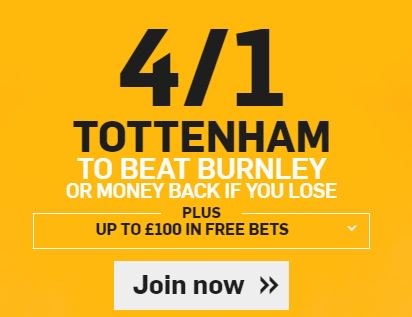