Manchester United will offer a £70m attacker the iconic No.7 shirt if he agrees to make a big-money move to Old Trafford this summer

Managers are now making moves to try and strengthen their squads during the January transfer window so we’ll bring you all the latest gossip from around the globe. Today, more on Man Utd’s interest in Antoine Griezmann…

Manchester United will offer Antoine Griezmann the iconic No.7 shirt if he agrees to make a big-money move to Old Trafford from Atletico Madrid this summer, according to the Manchester Evening News.

Griezmann has become one of the best strikers in world football since joining Atletico from Real Sociedad in 2014 having netted 71 goals and provided a further 20 assists for his team mates in his 134 appearances so far.

The French international was also named as the Player of the Tournament at Euro 2016 and was Atletico’s hero once again over the weekend as he scored a late equaliser to salvage a 2-2 draw at Atheltic Bilbao.

Understandably his incredible form has attracted plenty of interest and the MEN claim that United are favourites to land the attacker after Jose Mourinho made Griezmann his top summer transfer target.

The newspaper cites the Mirror as saying that United are now ready to tempt the 25-year-old by offering him the iconic No.7 shirt which was worn by one of Griezmann’s childhood hero’s, David Beckham, at Old Trafford.

Griezmann already wears the No.7 shirt at Atletico and for his country so it seems United are hoping the incentive of donning his favourite number once again will be enough to lure the player to Manchester this summer. 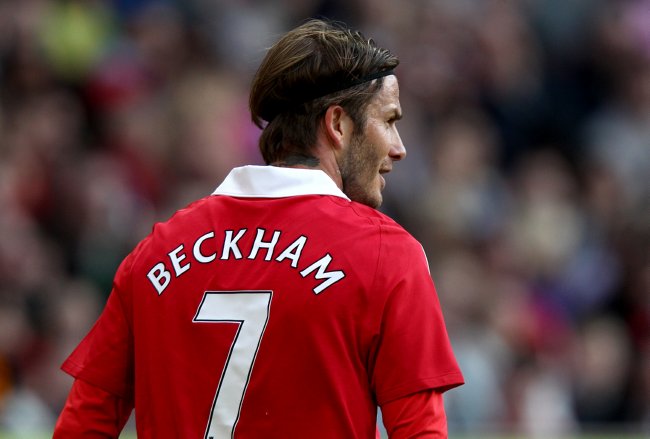 The No.7 shirt has previously been worn by Man Utd legends such as George Best, Bryan Robson, Eric Cantona and Cristiano Ronaldo and it’s currently vacant following the sale of Memphis Depay to Lyon last week.

We’ll have to wait and see whether the temptation to join such an illustrious list of names will be enough to tempt Griezmann to United but the Red Devils were handed a boost in their pursuit after Atletico boss Diego Simeone confirmed he wouldn’t stand in the players way if he made it clear he wanted to leave.

A player of Griezmann’s talent won’t come cheap though and while the MEN cite the Mirror as saying that United are hoping to wrap up a £70m deal, I wouldn’t be surprised if the Manchester giants had to pay close to the world record to land the Frenchman.

Griezmann would be a sensational signing if United could pull it off as he’d be the ideal long-term replacement for Zlatan Ibrahimovic while he’s also capable of playing out on the wing if needed so he’d give Mourinho plenty of options in attack next season.