Tottenham Hotspur will be looking to bounce back from their Europa League disappointment when they host Stoke City at White Hart Lane on Sunday afternoon.

Spurs crashed out of Europe on Thursday night after being held to a 2-2 draw by Genk at Wembley which saw the Belgian outfit progress to the last-16 3-2 on aggregate.

The result means Tottenham have won only one of their last four matches in all competitions while they slumped to a disappointing 2-0 defeat at Liverpool last time out in the Premier League so they need to get back to winning ways tomorrow.

Mauricio Pochettino’s side currently sit third in the table – 13 points adrift of Chelsea – but they can move clear of Arsenal and close the gap on the run-away leaders to ten points with a win this weekend.

They’ll face a Stoke side who’ve only won one of their last 20 visits to London, which was a 2-1 win at Spurs three years ago, but Mark Hughes’s side sit ninth in the table and will be looking to take a positive result away from north London.

Tottenham will be without Danny Rose as the defender continues to nurse a knee injury so Ben Davies should continue on the left side.

Erik Lamela is also still unavailable as he’s working his way back to full fitness after spending four months out with a hip problem.

Pochettino may decide to freshen things up with Kieran Trippier and Hueng-min Son pushing for recalls but Dele Alli is expected to start despite coming under fire for his x-rated tackle on Thursday night.

Stoke welcome Xherdan Shaqiri back in to the squad after he recovered from a calf injury while Phil Bardsley could also be available despite limping out of the win over Crystal Palace last time out.

Wilfried Bony should be available after recovering from illness but Saido Berahino could be in-line to make his first start since joining from West Brom last month. 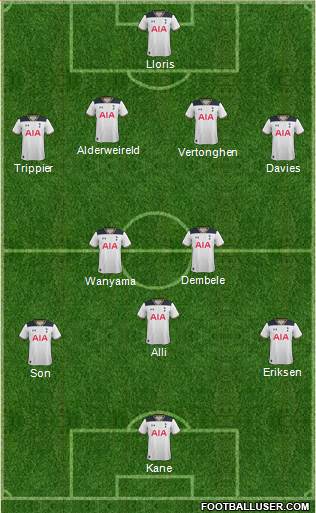 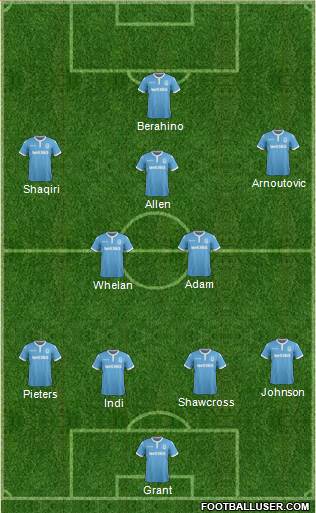 Tottenham 2-1 Stoke: Spurs have seen their campaign derailed in recent weeks and they simply have to win tomorrow if they want to retain any hopes of catching Chelsea. I expect Stoke to put up a good fight against a side that will still be reeling from their Europa League exit, but I think Tottenham will just edge it.

Spurs are the heavy favourites to progress but its always difficult to predict games in the Premier League and that’s where Odinbet comes in….

Odinbet is FREE to use, and statistical analysis for games played in world football’s top 12 leagues. Use the filter system to refine which games you should bet on and view the analysis that mathematical system produces to give you the best chance of making money from the Tottenham vs Stoke game.

Tottenham are the 4/9 favourites to win the game with the bookmakers but here are some other bets I like the look of: