Harry Kane scored another hat-trick to seal the Golden Boot as Tottenham thrashed sorry Hull City 7-1 at the KCOM Stadium this afternoon. 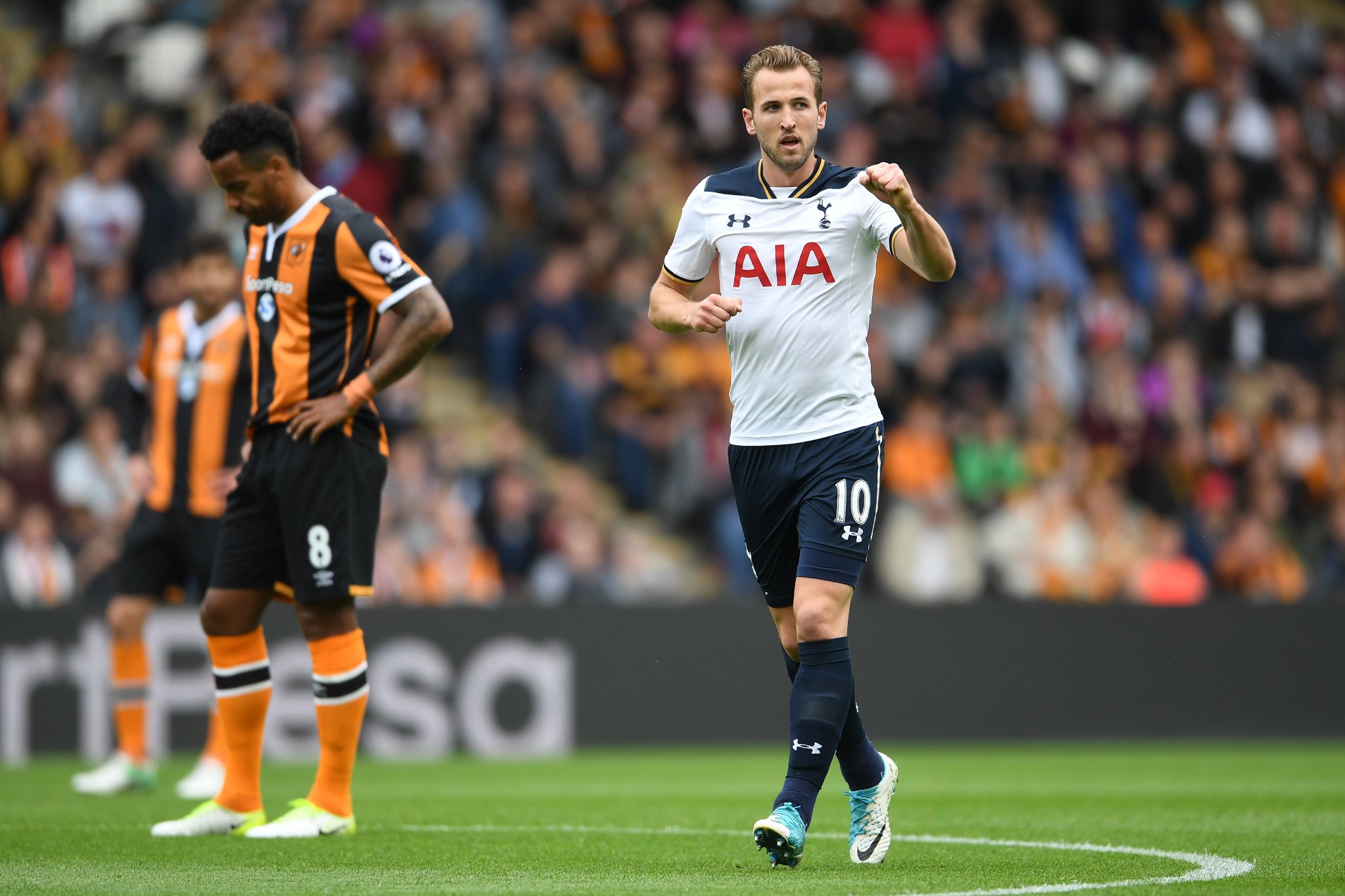 Harry Kane scored another hat-trick to seal the Golden Boot as Tottenham thrashed sorry Hull City 7-1 at the KCOM Stadium this afternoon.

In-form striker Kane opened the scoring in the 11th minute as he lashed home a lovely low left-footed effort in to the bottom corner from the edge of the area.

The England international doubled Tottenham’s lead just two minutes later as he was on hand to tap home from close range after being set-up by a Kieran Trippier cross.

Spurs extended their lead shortly before half time as Dele Alli got himself on the scoresheet before Hull pulled one back midway through the second half through Sam Clucas.

The visitors restored their three-game advantage just minutes later when Victor Wanyama headed home at the far post from a Christian Eriksen free-kick from the right wing.

Kane then completed his hat-trick to make it seven goals in his last two games and 29 for the season when he slotted home after being sent clear through on goal by Alli.

Tottenham scored their sixth for the second consecutive game as Ben Davies smashed home from the edge of the area before Toby Alderweireld made it 7-1 late on to secure a resounding win.