Confirmed: Tottenham Midfielder Left Behind As 26-Man Squad Jets Off On USA Tour

Mauricio Pochettino has named a 26-man squad as Tottenham flew-out of London today to start their pre-season tour of the United States.

Mauricio Pochettino has named a 26-man squad as Tottenham flew-out of London today to start their pre-season tour of the United States.

A notable name missing from the travelling party is Moussa Sissoko with the midfielder left out of the trip due to apparent illness amid on-going speculation regarding his future.

The French international endured a disappointing debut season at White Hart Lane following his move from Newcastle 12 months ago and he’s been tipped for a move again this summer so his absence from the squad will only heighten question marks over his future.

Sissoko is one of four first team squad players not to make the trip as Erik Lamela continues to nurse a hip injury, Danny Rose is still recovering from a knee problem while Heung-min Son has a broken arm.

Otherwise all first team regulars are on board the plane that flew-out of London today with Toby Alderweireld, Hugo Lloris, Harry Kane, Dele Alli and Christian Eriksen among those included in the travelling squad.

Eric Dier is also involved despite rumours linking him with a move while youngsters like Brandon Austin, Cameron Carter-Vickers, Jon Dinzeyi, Anthony Georgiou, Will Miller, Georges-Kevin Nkoudou, Tashan Oakley-Boothe, Josh Onomah and Alfie Whiteman have also been named in the squad and will be hoping to impress Pochettino over the coming weeks.

Here is the confirmed squad as announced on TottenhamHotspur.com: 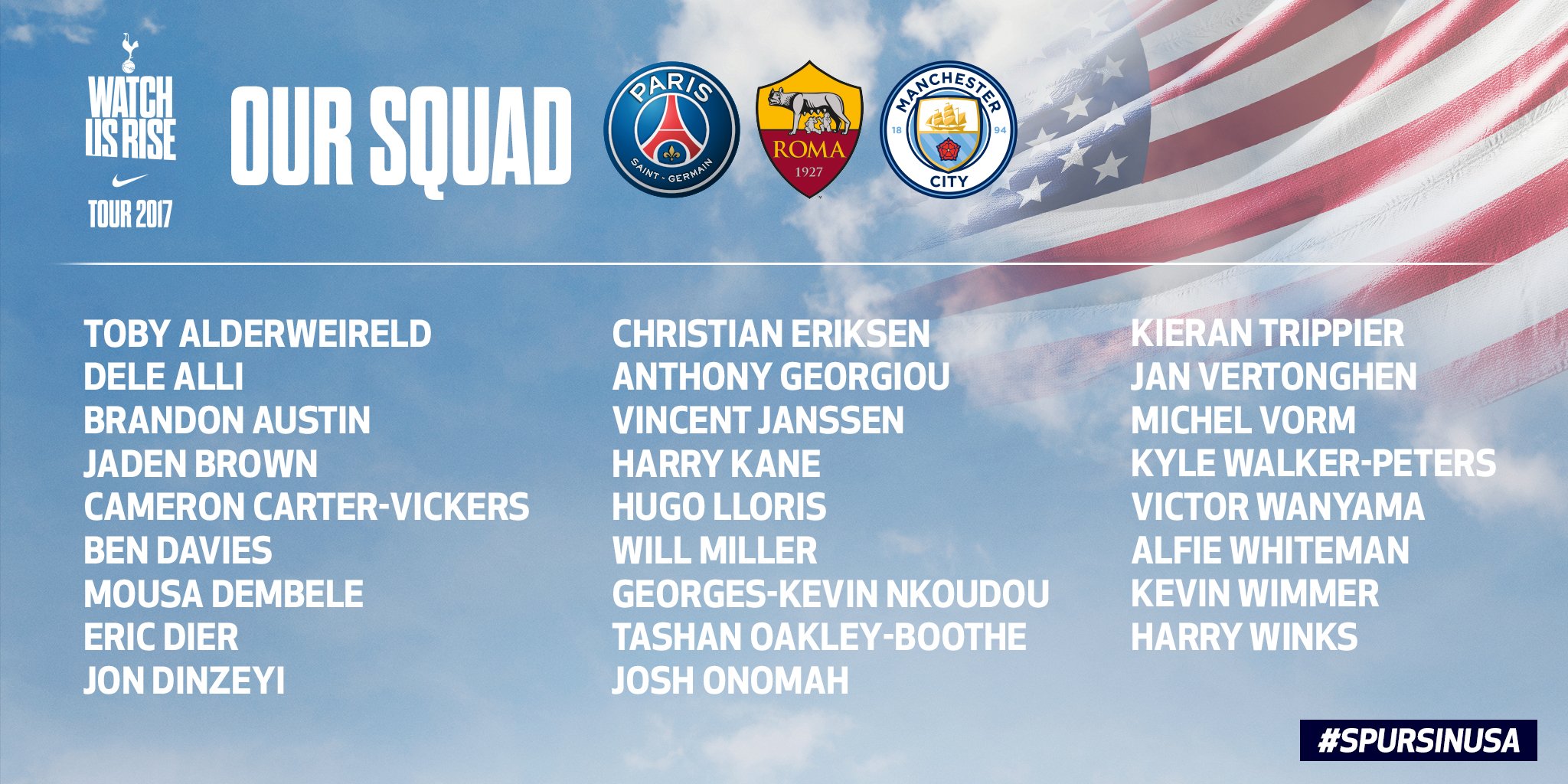 Tottenham will kick off their tour by taking part in the International Champions Cup where they’ll take on PSG in Orlando on Saturday before facing Roma in New Jersey next Tuesday followed by Man City in Nashville next Saturday.