Managers are now pressing ahead with their plans for the summer transfer window so we’ll bring you all the latest news and gossip from around the globe. Today, Tottenham are linked with Benjamin Henrichs… 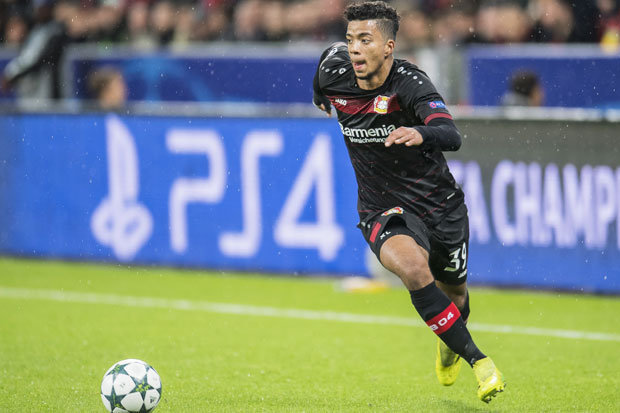 Benjamin Henrichs is keen to hold talks over a potential move to Tottenham as Mauricio Pochettino lines-up a swoop for the £18m-rated Bayer Leverkusen full-back this summer, according to the Daily Mail.

Pochettino is yet to make a single signing so far during the summer transfer window but he’s promised Spurs fans there will be new additions coming in before the end of the month.

A new right-back is a priority as Tottenham desperately need a replacement for Kyle Walker following the England international’s £50m move to Manchester City earlier this summer.

Tottenham have been linked with a number of players in recent weeks but the latest to emerge as a target is Bayer Leverkusen youngster Benjamin Henrichs.

The Daily Mail claim Spurs are considering making a formal swoop for the 20-year-old after he was identified as a potential new recruit but Pochettino is still understood to be keeping his options open.

The newspaper says the north Londoners would have to pay £18m to tempt Leverkusen in to a sale but Henrichs is believed to be keen to hold talks with Tottenham about a possible move this summer.

Henrichs has been with Leverkusen his entire career having progressed through their youth ranks before breaking in to the first team set-up in 2015 and the youngster is now considered an important part of Heiko Herrlich’s side.

He made 37 appearances in all competitions last season and while his main position is at right-back, Henrichs is also capable of playing at left-back or even in midfield so his versatility will be seen as an asset for Pochettino.

The youngster has already been capped by the senior Germany side having previously represented his country at youth level so it seems he’s got a bright future in the game.

We’ll have to wait and see if Pochettino decides to formalise his interest but if Kieran Trippier is going to be installed as Tottenham’s first choice right-back this season then I think Henrichs would be an exciting back-up.