Tottenham take on Borussia Dortmund in the Champions League on Tuesday night. Here is the side we think Mauricio Pochettino will select for the game:

Tottenham will look to tighten their grip at the top of Group H when they take on Borussia Dortmund in the Champions League on Tuesday night.

Goalkeeper: Hugo Lloris came through the defeat to Arsenal unscathed after recently recovering from a thigh injury so the Frenchman is expected to continue in goal with Michel Vorm on the bench.

Defence: Spurs will continue to be without Toby Alderweireld as the Belgian international has been ruled out until Christmas due to a hamstring injury.

Eric Dier dropped in to the back three at the weekend and it looks like he’s set for an extended run in defence alongside Jan Vertonghen and the ever-impressive Davinson Sanchez.

Danny Rose is back in contention after being axed from the squad against Arsenal so the left-back may get a recall tomorrow while Serge Aurier should come back in for Kieran Trippier on the right.

Midfield: Mousa Dembele made a successful return to the first team at the weekend so the Belgian international will be hoping to retain his place if Pochettino feels he’s up to playing two games in four days having been plagued by a foot injury all season.

Victor Wanyama is still out with an on-going knee injury but Harry Winks is set for a recall after recovering from an ankle injury. Moussa Sissoko is perhaps the man most likely to make way. 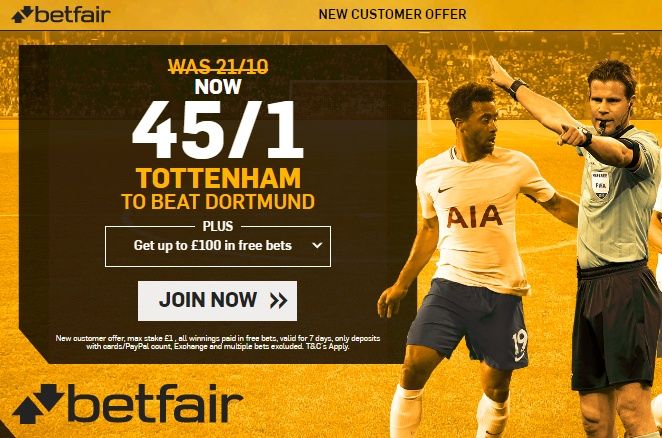 Attack: Harry Kane didn’t look 100% fit at the weekend and was substituted with 15 minutes to go against Arsenal so Pochettino will have to decide whether to start him again or give him more time to recover.

As Tottenham have already qualified he may be tempted to give his star man a rest but I think Kane will retain his place up front in order to build on his match fitness.

Dele Alli is another who wasn’t at his best on Saturday after recently recovering from injury so he’ll be hoping to put in an improved display against Dortmund tomorrow night.

Christian Eriksen will also have been frustrated with his performance against Arsenal but he’s certain to keep his place with Hueng-min Son likely to start on the bench once again. 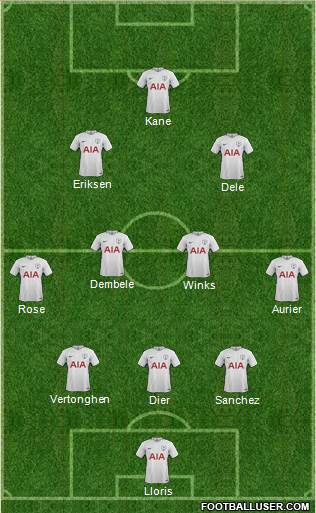