Tottenham take on Stoke at Wembley on Saturday afternoon. Here is our preview with team news, line-ups and prediction

Tottenham will look to get their Premier League campaign back on track with a win when they take on Stoke at Wembley on Saturday afternoon.

Spurs wrapped-up their Champions League group stage campaign with a 3-0 victory over APOEL Nicosia in midweek but the focus will quickly turn back to domestic matters this weekend.

The north Londoners have seen their title hopes dashed after taking just two points from their last four league games which included a 1-1 draw at Watford last time out.

The poor run of form has seen Tottenham drop to sixth in the table but they can move up to fifth and to within one point of fourth-placed Liverpool with a win tomorrow ahead of the Merseyside derby.

Stoke arrive in the capital having come from a goal down to beat Swansea last weekend with that victory moving them six points clear of the drop zone so Mark Hughes will be looking to build on that result at Wembley.

Tottenham will be without Davinson Sanchez as the centre-back begins a three-game suspension following his dismissal against Watford.

Toby Alderweireld is also still nursing a hamstring injury while Victor Wanyama remains on the sidelines with a serious knee injury.

Stoke will be without Bruno Martins Indi after he was ruled out for several weeks with a groin injury while Jese has travelled back to Gran Canaria to be with his ill son. 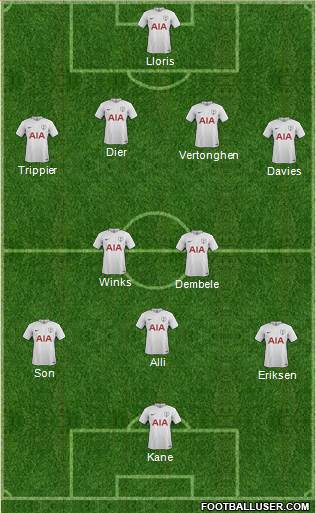 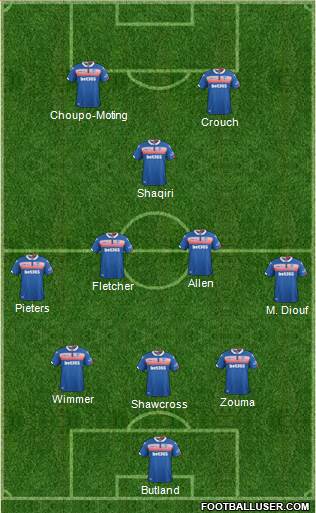 Tottenham 2-0 Stoke: Spurs have won the last two meetings with Stoke 4-0 and the majority of the side should be fresh after being rested in midweek. Stoke have been hugely inconsistent this season and I think Tottenham will ease to a routine win tomorrow.