Arsenal took control of our Europa League last-32 tie after beating Ostensunds 3-0 in Sweden this evening. Here are all the goals from the game 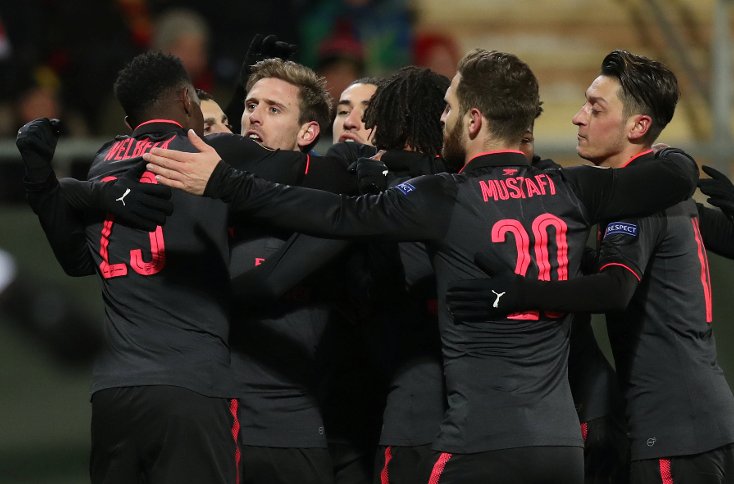 Arsenal took control of our Europa League last-32 tie after beating Ostensunds 3-0 in Sweden this evening.

We dominated from the start and opened the scoring in the 13th minute as Nacho Monreal was on hand to tap home from close range after Alex Iwobi’s shot was spilled by the keeper.

It was 2-0 ten minutes later as we took advantage of some sloppy defending with Henrikh Mkhitaryan’s cross turned home off the back of Papagiannopoulos for an own goal.

Arsenal grabbed the third goal in the 58th minute when Mkhitaryan found Mesut Ozil with a lovely ball and the German playmaker slotted home thanks to some poor keeping for 3-0.

We did our best to gift the hosts a consolation after Hector Bellerin conceded a stoppage-time penalty but David Ospina saved the resulting spot kick to secure a 3-0 win.

The result means we have put one foot in the next phase of the competition as it would require a huge collapse at the Emirates next week to stop us reaching the last-16.