Aaron Ramsey has revealed the extent of a horrific leg injury that he sustained during Arsenal’s 2-2 Europa League draw with CSKA Moscow last night.

Aaron Ramsey has revealed the extent of a horrific leg injury that he sustained during Arsenal’s 2-2 Europa League draw with CSKA Moscow last night.

Ramsey needed treatment during the closing stages of the first half after being caught on his lower leg while challenging for the ball near the centre circle.

The Welsh international had to be stretchered from the field and headed straight back to the changing room to have a nasty cut stapled shut by the clubs medical team.

Ramsey was not only able to carry on and complete the full ninety minutes but he also scored a superb injury time equaliser to book our place in the semi-finals of the Europa League thanks to a 6-3 aggregate win.

The goal looks even more impressive considering the state of Ramsey’s leg as the midfielder has taken to Instagram to share a close-up photo of his gruesome injury.

Fair play to him for carrying on with a four inch cut on his leg but it’s a minor miracle he was able to burst clear and score a lovely goal in the final minute [watch it here].

I’m sure Ramsey will now have the injury properly treated and stitched up but we’ll have to wait and see whether he’ll be risked against Newcastle on Sunday afternoon or given some time to recover.

Here is the photo, look away now if your squeamish: 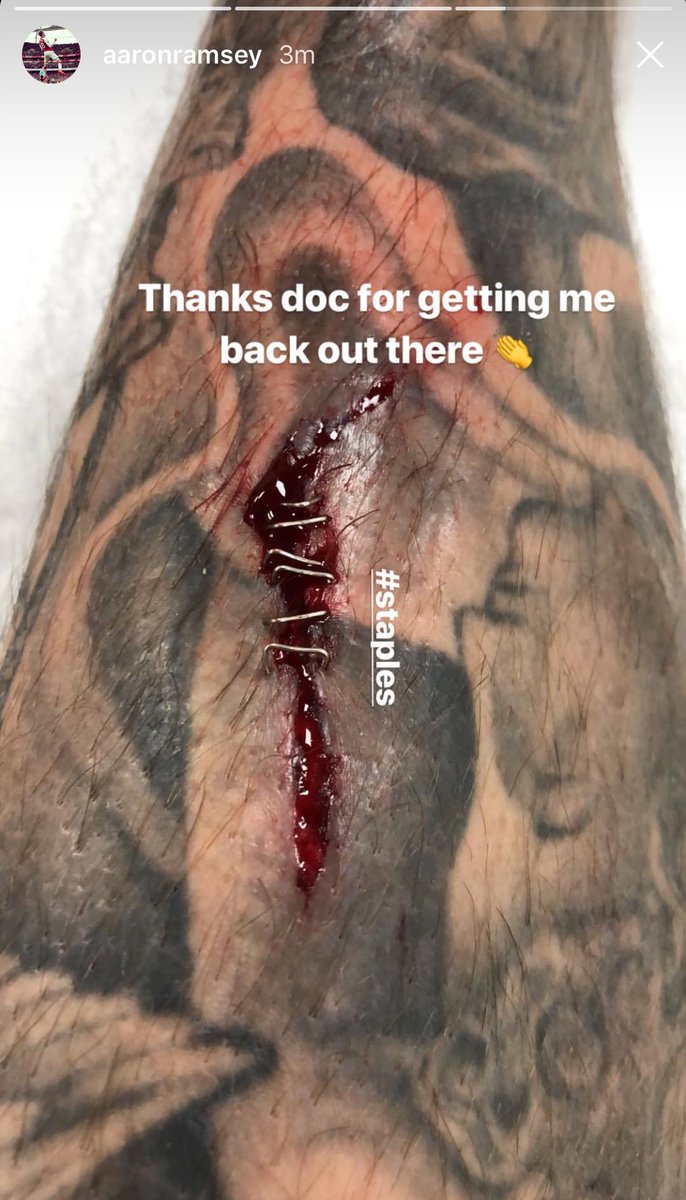