Here is our match preview ahead of Tottenham’s Premier League clash with Southampton at Wembley including team news, line-ups and prediction

Tottenham will be desperate to get back to winning ways when they take on Southampton at Wembley this evening.

Spurs went in to the North London Derby on Sunday in buoyant mood off the back of excellent wins over Chelsea and Inter Milan but they were brought back down to earth with a bump having let slip a 2-1 lead to crash to a hugely disappointing 4-2 defeat to Arsenal at the Emirates.

That result has left Tottenham sitting fifth in the Premier League table – level on points with the Gunners – so they’ll be hoping their rivals drop points against Manchester United at Old Trafford tonight which would open the door for Mauricio Pochettino’s men to climb back in to the top four with a win over Southampton.

Tottenham will be up against a Saints side that blew a 2-goal lead over Man Utd last weekend to draw 2-2 and sit in the bottom three having not won any of their last ten matches so it was no surprise to see Mark Hughes sacked earlier this week.

Former goalkeeper Kelvin Davis will be in charge tonight but new boss Ralph Hasenhuttl will be in the stands to watch his new team having been unveiled as Hughes’ replacement this afternoon.

Tottenham will welcome Kieran Trippier back from a groin injury so he should replace Serge Aurier at right-back while Danny Rose is pushing for a recall at left-back after returning to full fitness.

However, Jan Vertonghen is suspended after being sent off against Arsenal while Mousa Dembele, Erik Lamela, Victor Wanyama and Davinson Sanchez are all injured.

Southampton will make a late decision over Michael Obafemi as he picked up a muscle injury against United while Mario Lemina is suspended. However, Ryan Bertrand may return from injury. 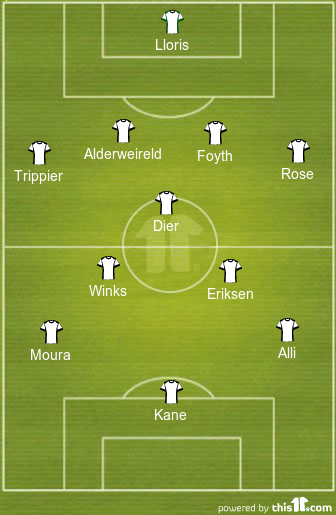 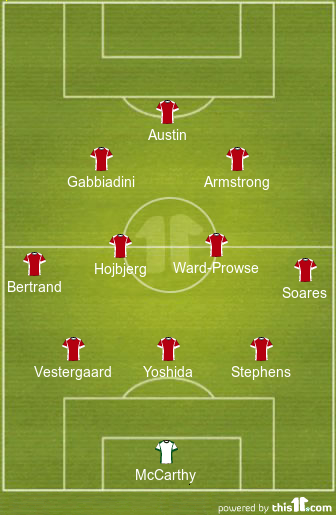 Tottenham 2-0 Southampton: This will be a tough match for the Southampton players as they are in poor form having not won since September and their new manager will be watching on from the stands. Tottenham will be desperate to put the Arsenal defeat behind them and have won eight of their last 10 home games against the Saints so I’m backing a routine Spurs win.