Mauricio Pochettino has confirmed a double boost ahead of Tottenham’s trip to Burnley but two other players could miss the game this weekend. 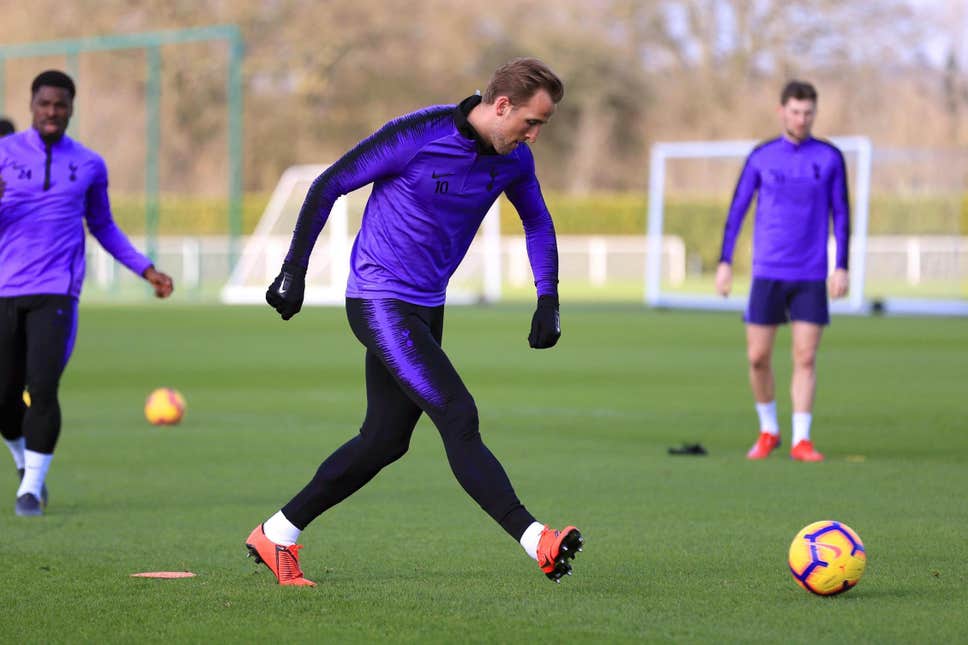 Tottenham will look to keep the pressure on the top two with a win over Burnley at Turf Moor on Saturday lunchtime.

Ahead of the game, Mauricio Pochettino has been speaking to the media at his pre-match press conference this afternoon and he’s provided a team news and injury update including the latest on the fitness of Harry Kane, Ben Davies, Danny Rose and Dele Alli.

The Spurs boss confirmed a huge boost with the news that Kane is back in contention to return to the squad this weekend after resuming full training following an ankle ligament injury.

The England hitman has missed Tottenham’s last seven matches in all competitions after suffering the injury during the defeat to Manchester United but he’s made a swift recovery and has been raring to go for over a week.

Pochettino says he will assess Kane after Friday’s training session before he decides whether to recall him to the starting eleven against Burnley but admits his return to action will have a ‘massive impact’ on the squad.

Tottenham have also been boosted with the news that Davies could return to the fold this weekend after recovering from a groin injury that’s hampered him in recent games. The left-back will also be assessed tomorrow before his availability is determined.

Pochettino will be praying Davies is fit as Rose is a doubt for the trip to Turf Moor after missing training on Wednesday due to illness. If Rose and Davies aren’t available, then Jan Vertonghen will have to start at left-back.

One man who’s certain to miss out this weekend is Alli as Pochettino says the attacker is still at least one week away from returning to action. Alli has been working on his fitness in Dubai after suffering a hamstring injury last month and he’s now entering the final stages of his rehabilitation.

Pochettino is quoted as saying by Football London:

How is Harry Kane looking?

He’s good, he’s very good. I think we need to assess him in one more training session tomorrow and then decide. But I think he’s doing well, I’m happy with him and maybe he’ll be available to be part of the squad on Saturday.

You were expecting him to be back in early March, so he’s ahead of schedule?

No, he’s not ahead of schedule but everyone knows that Harry is an animal, he wants to be ready as soon as possible. He made everything to try to recover and of course the injury that he suffered is tough to recover from but it’s more the possibility that when you push you push. In some injuries, you cannot push too much, because you need to be careful. When it’s a massive injury it’s completely different. We’re so happy that in the last ten days he was fantastic, back in training again, and he can be available again. It’s going to be a massive impact for everyone.

Yeah, but I don’t care if he feels ready or wants to play or not, like another player. I’ll decide with my coaching staff, with the doctor and the medical staff and sports science staff. Always with every player that came from an injury or illness, it’s about the structure, when it’s possible to play or not. Of course if you ask him 10 days ago he was ready to play! But in the end the last word is always myself. I take the risk, the decision and everything that is going on in the team.

How is Dele Alli doing?

His progression is good. We’re happy. But it’s a massive injury, it’s different how we assess and how we follow and care for him. But he’s in the last part of his recovery but we’ll see as soon as possible if he can be available to be involved with the team.

Would Harry be fit enough to start or only be on the bench?

It is still not decided, for him he wants to play from the beginning, I like when the player thinks like this, that they can play every single game and always feel fit to play. But it is our responsibility to always manage them in the best way. That doesn’t mean he isn’t going to start to game, maybe he starts or maybe not. We need to have another conversation with the coaching staff and then make the decision.

Yes, it’s similar. Danny yesterday was ill. Today’s he’s better. We’ll see because it’s true that you need full energy to play. But it’s the same situation with Ben and Harry. It’s true the injuries are completely different. In some players you can put them in straight away, with others you need to give more time to be involved and to give maybe some period in the competition. We’ll see. We need to assess him too.

Tottenham head in to the weekend action sitting third in the table – five points adrift of Man City and Liverpool – so they can close the gap to just two points with a win over Burnley in Saturday’s early kick-off.