Tottenham are on the verge of wrapping up their first summer signing after agreeing an £8.5m fee with Leeds United to sign winger Jack Clarke

Managers are working hard trying to strengthen their squads during the summer transfer window so we’ll bring you all the latest news and gossip from around the globe. Today, Tottenham are set to sign Jack Clarke… 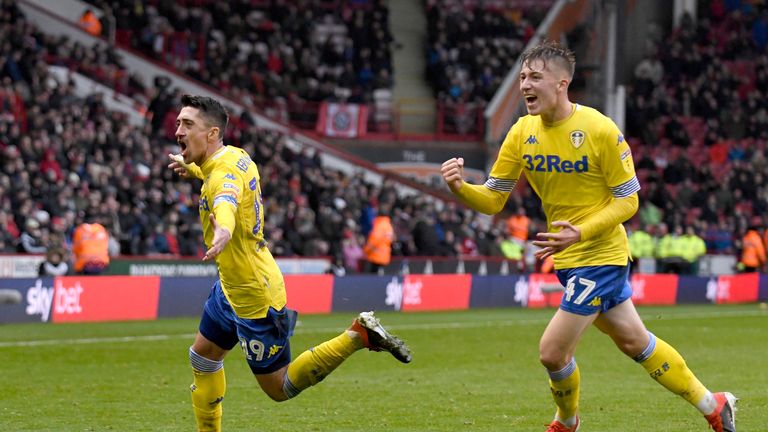 Tottenham are on the verge of wrapping up their first summer signing after agreeing an £8.5m fee with Leeds United to sign winger Jack Clarke, according to Sky Sports.

Mauricio Pochettino hasn’t signed a single player in the last two transfer windows but Tottenham bosses are now ready to back their manager in the market after Spurs reached the Champions League final last season – losing 2-0 to Liverpool in Madrid.

The Argentinean coach is looking to strengthen his options in attack and Clarke has emerged as a target in recent weeks with widespread reports suggesting Tottenham have been locked in negotiations with Leeds trying to agree a deal for the winger.

It seems Clarke’s move to the capital is now on the verge of completion as Sky Sports claim Tottenham have now agreed ‘several elements’ of a deal, including the fee which is set at around £8.5m.

The news outlet says negotiations have progressed over the past few days and the 18-year-old is now expected to complete a move to the New White Hart Lane to become Tottenham’s first major signing of the summer.

Clarke is a product of the Leeds youth system and came through the ranks to emerge as one of the most exciting young talents outside of the Premier League having broken into the first team last year.

The teenage attacker scored two goals in his 25 appearances last term to help Leeds reach the Championship play-off semi-finals where they eventually lost out to Derby County.

It will be tough for Clarke to leave his boyhood club but the temptation to play for a club like Tottenham has proven too difficult to turn down and I think he’ll be an exciting addition to Pochettino’s squad once this proposed deal gets over the line.

The Mirror are reporting that Clarke is due to undergo his medical in London today so this deal should be wrapped-up soon.