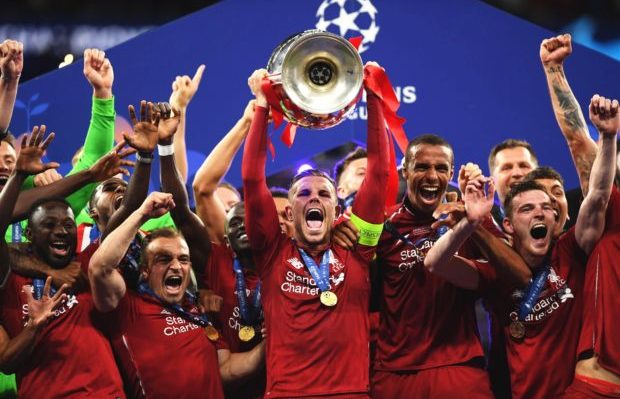 Liverpool may have narrowly missed out on the Premier League title to Manchester City but they ensured it was still a memorable season after beating Tottenham 2-0 to lift the Champions League trophy back in May.

Jurgen Klopp’s side got the new campaign off to the perfect start after thrashing Norwich City 4-1 at Anfield on Friday night so they will head into the Super Cup on Wednesday full of confidence.

It was a different story for Chelsea as new manager Frank Lampard suffered a disappointing 4-0 defeat to Manchester United at Old Trafford on Sunday afternoon so he’ll be demanding a response from his players in midweek.

The Blues booked their place in the Super Cup after beating London rivals Arsenal 4-1 in the Europa League final last season but a young Chelsea side will face a tough task against Liverpool in Istanbul.

Sadio Mane is pushing for a recall after only being fit for a place on the bench on Friday while Adrian is set to start in goal after Alisson Becker picked up a calf injury against Norwich. Joel Matip and Naby Keita could also be recalled by Klopp.

Christian Pulisic is expected to make his full debut for Chelsea but they’ll continue to be without the injured Ruben Loftus-Cheek and Antonio Rudiger. Olivier Giroud, N’Golo Kante and Marcos Alonso could all start after being named on the bench against United.

Liverpool come into the match as the heavy 1.58 favourites with Betmaster to win the game on Wednesday night. Chelsea can be backed at 5.03 – which are huge odds for the Europa League champions – while the draw is available at 3.88.

The Super Cup is usually a goal-fest as six of the last seven games has not only seen both teams score but they have also had over 2.5 goals being scored and I don’t think this match will be any different. Over 2.5 goals inside 90 minutes can be backed at 1.66 and that seems like a safe bet to me.

The Liverpool defence was rock solid last season but they’ve looked more open in pre-season and Norwich scored at Anfield and created a number of clear-cut opportunities so Chelsea will fancy their chances of getting on the scoresheet on Wednesday. It will be very difficult for Lampard’s side to keep out the likes of Mohamed Salah and Sadio Mane so both team to score at odds of 1.7 is a sound bet.

However, I can’t see anything other than a Liverpool victory as they’re just too strong for Chelsea. I’m predicting a 3-1 Liverpool win which can be backed at odds of 10.82 with Betmaster. Liverpool to win with a -1 handicap at odds of 2.54 also looks tempting while Liverpool to score 3+ goals at 2.77 is a solid bet too.